Join us for special events happening throughout the six weeks of the Virtual Institute. Check back weekly as new Featured Sessions are announced. The Featured Sessions are only available as scheduled and unless noted, recordings of the sessions are not found in the Institute online session selection. Watch the schedule to not miss any of these special offerings!

with Coy Bowles, author and Grammy Award-winning member of the Zac Brown Band, and Lakeshore

Come celebrate our community of hardworking educators with an online event featuring stories and songs by Coy Bowles, children’s book author, musician and Grammy Award-winning member of the Zac Brown Band! Coy will read from one of his books, play some music from his Parent's Choice Foundation Gold Award winning cd, Music for Tiny Humans, and share some stories and other exciting news. Plus, you can enter here to win your very own Behind the Little Red Door Social-Emotional Activity Kit created in partnership with Coy!

This session is generously sponsored by Lakeshore. 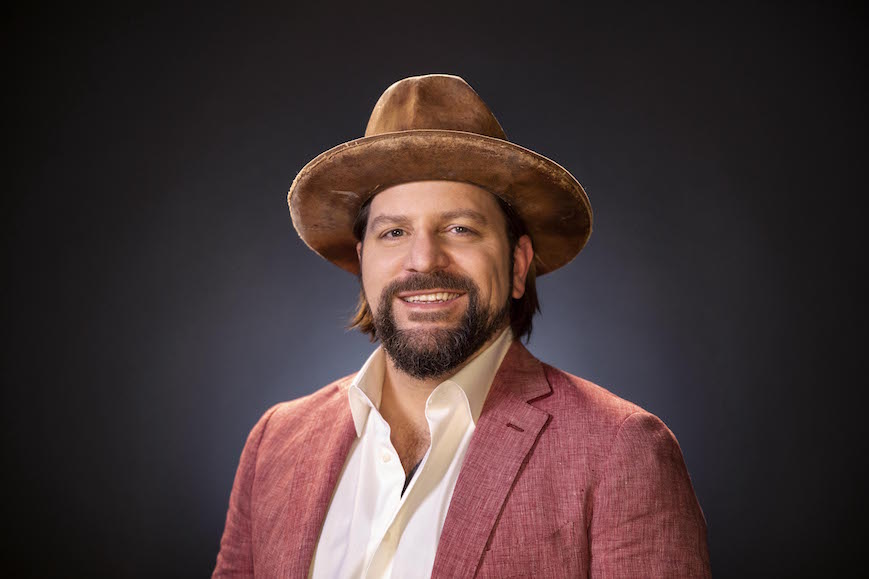 Literacy and early education advocate by day, and multi-platinum music star by night, Coy Bowles has some pretty exciting things for us on the horizon.

A Georgia native born and raised in Thomaston, Coy Bowles is probably best known as a guitarist, keyboardist, singer and songwriter for the three-time Grammy Award-winning Zac Brown Band.  However, off stage, he is a teacher and parent blazing trails in the world of early education.  With four highly-praised children’s books under his belt, Coy has just announced the release of his new children’s album, Music for Tiny Humans, which just won a Gold Award from the Parent Choice foundation, and a social-emotional learning kit based around his hit book, Behind the Little Red Door, an unforgettable story of imagination and creativity.

His creative journey began at 11 years old when he started playing guitar.  Raised with love and support and through the guidance of an influential teacher, Coy was able to dream big and knew that he could do anything he put his heart and soul into.

His successful musical career enabled him to create an advocacy platform for literacy, early education and teacher appreciation.  “With having such a blessed life and career, I feel motivated to give back to teachers and give kids a better understanding of confidence and creativity,” he says.  Coy is highly involved in the state of Georgia’s early education system.  He is a board member for GA Foundation for Early Care and Learning, involved with the Georgia Governor’s office education initiatives, was the 2019 keynote speaker for the GAEYC conference, and recently became the Region IV Head Start Ambassador on Early Literacy.

Family Engagement and Support: An Essential Component for Child’s Wellbeing and Learning

Presented by Iheoma Iruka, Ph.D., Chief Research Innovation Officer and Director of The Center for Early Education Research and Evaluation at HighScope

Wednesday, June 24, 12:00 PM Eastern Time (US and Canada) Register HERE for a space in this webinar. After registering, you will receive a confirmation email containing information about joining the webinar.

We often make note that “parents are their children’s first teacher,” but our research agenda, policy drivers, workforce supports, and program standards often neglect family engagement and support and educators and professionals who make this a priority. COVID-19 has reminded us the primary and central role that families play and why early education should concretely and intentionally involve families in the learning decision and approaches. This presentation will talk about the critical importance and value of parenting and family engagement and support for young children’s learning and overall wellbeing. Discussion will focus on our current evidence -base about parenting and family engagement, and gaps in the literature, and lessons being learned through the Coronavirus pandemic. More importantly, attendees will learn about the “4Es” that early childhood professionals should engage in to strengthen their active partnership with families in support of children’s learning, development, and wellbeing. Iheoma U. Iruka, Ph.D., is the Chief Research Innovation Officer and Director of The Center for Early Education Research and Evaluation at HighScope, providing strategic direction and leading national and local projects. Iheoma is engaged in projects and initiatives focused on how evidence-informed policies, systems, and practices in early education can support the optimal development and experiences of children from low-wealth households and ethnic minority children, such as through family engagement and support, quality rating and improvement systems, and early care and education systems and programs. She has been engaged in addressing how best to ensure excellence for young diverse learners, especially Black children, such as through development of a classroom observation measure, examination of non-traditional pedagogical approaches, public policies, and publications geared towards early education practitioners and policymakers.

Teacher well-being is at the forefront of the teaching profession and critical to student academic outcomes. With increasingly large numbers of teachers reporting excessive stress and burnout and ultimately leaving the profession for stress related symptoms, it is critical that interventions be adopted to address these concerns and provide teachers with self-care strategies to improve their overall well-being that will positively impact their students.

Inspired by TED Talks, HighScope's Early ED Talks will explore "hot topics" in education. These short, engaging presentations will focus on innovative discussions and big ideas that are important both inside and outside the classroom. Moderated by NAEYC CEO Rhian Evans Allvin, a panel of experts will share the work they're doing to revolutionize learning for our youngest learners.

Monday, July 13 at 4 PM EDT Register in advance for this webinar.

Are you willing to flip the learning environment?
Isabela Robinson, PreK International

There are many benefits to including families and children's needs into consideration when designing an environment. A culturally relevant classroom that stimulates all 5 senses, can support teachers in educating their students on self-regulating and diminish the extreme behaviors. To welcome families into the design and class prep helps teachers.

I will share some musical strategies that will ignite your teaching practice, invigorate your children, and inspire celebration in everyday classroom moments. Learn some actionable ways to use music to turn book-reading, classroom transitions, and giving directions into interactive, multilayered, and joyous musical adventures!

Through the use of anecdotes from classroom coaching experiences, this humorous, inspirational talk will highlight 3 essential personal qualities that teachers must uphold in order to not only foster meaningful relationships with children, but also to lead a more successful life.

Join Teaching Strategies product leadership to learn about their new Distance Learning Solution. This new solution offers programs a way to ensure each and every child receives a strong foundation for success in school and in life no matter the back-to-school scenario—distance learning, a traditional setting, or hybrid model.

July 15, 2 PM ET Register HERE for a space in this webinar. After registering, you will receive a confirmation email containing information about joining the webinar.

Join us to explore how you can:

Our college has been providing online course delivery since 1996. However, we were not as prepared for the challenges this worldwide turmoil has presented. Participants will understand how we have reacted as nimbly as possible, used innovative strategies to address observation, internships, and student teaching opportunities, and how what we have learned can be used by higher education programs for student, staff and adjunct faculty support.

This session is generously sponsored by Rio Salado.

Note: Virtual Institute programming is subject to change. Please check back for updates.

Thank You to Our Supporters

The Richard W. Riley College of Education and Leadership at Walden University, an NCATE-accredited institution, is dedicated to enhancing educator effectiveness. As a recognized leader in teacher and administrator education, the college is the choice of more than 56,000 students and alumni—including more than 100 state teachers of the year. Programs range from teacher preparation to doctoral degrees and connect students with nationally recognized education experts, policymakers, and scholar-practitioners.

Lakeshore salutes the amazing work of the NAEYC and its local chapters nationwide. As a longtime supporter of early childhood professionals, Lakeshore offers exclusive services and teacher-designed materials to meet your every need—from award-winning products that celebrate diversity to developmentally appropriate, hands-on materials to help all children reach their full potential.

Peregrine Global Services develops value-based leaders and provides higher education assessment, educational programs, and support services. We combine technical ability with expert consulting to provide organizations the resources they need to achieve their goals. Agile and responsive, we strive to understand your needs to improve individuals and organizations.

Rio Salado College is a proven leader in online learning. Established in 1978, the college has maintained a tradition of excellence in distance learning for over 40 years.  We are dedicated to providing innovative educational opportunities to meet your career goal!

Rio Salado College is accredited by the Higher Learning Commission (HLC). We offer affordable tuition rates and flexible online classes that start most Mondays throughout the year.  At Rio Salado, you can get an education that’s tailored to fit your life.

Join us for our Virtual PLI Info Session