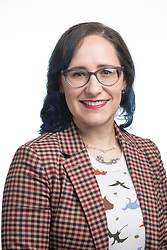 Lydia Bowers is a sex-educator and consultant based in Cincinnati who provides workshops and trainings for families and early childhood educators around the country. She has appeared in news and magazine articles on sexuality and consent topics and has been quoted in The Consent Guidebook by Erin Tillman. Lydia serves on a steering committee for the American Sexual Health Association and is a member of the National Coalition for Sexual Health.

She has been an early childhood educator since 2001. Her initial years in the field were spent as an assistant teacher at St. Rita School for the Deaf and in developing children’s programming for the Cincinnati Museum Center. The majority of her teaching years were spent as a preschool teacher with Bright Horizons Family Solutions, where she assisted with the openings of two new centers for Procter & Gamble’s headquarters in Cincinnati. Lydia holds a bachelor’s degree in nonprofit human services from Kent State University and has held leadership positions with NAEYC at the state, local, and national levels since 2013. Her most noteworthy endeavors with NAEYC include participation in the National Dialogue, leading the Cincinnati affiliate in the process of launching a new website and social media platforms, and in serving on NAEYC’s Affiliate Advisory Council since 2016.