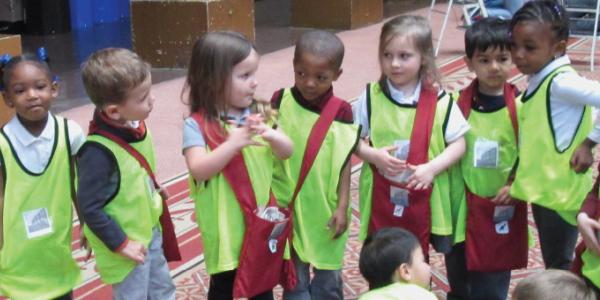 October has been designated Bullying Prevention Awareness Month by the PACER Center (Parent Advocacy Coalition for Educational Rights) since 2006. The movement has grown to include federal efforts highlighted on www.stopbullying.gov.

While much attention is paid to bullying among older children – both in the media and in research - relatively little focus has been paid to bullying in early childhood. In part, this may be due to a view that behaviors thought of as bullying in older children are "part of growing up." This is certainly part of it. However, measuring bullying is challenging to do among young children. They tend to over-report behaviors as bullying that most definitions would not include. 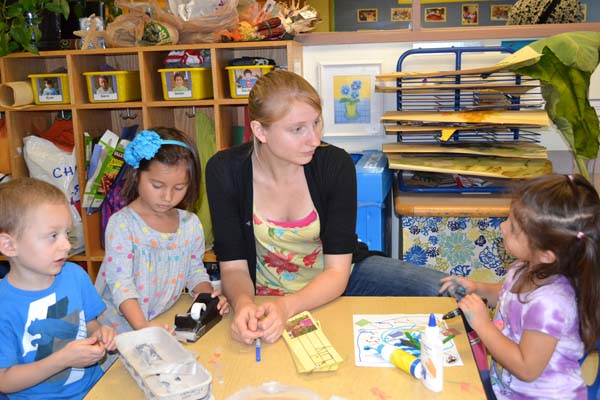 The body of knowledge on young children and bullying, however, is growing. This excellent Guidance Matters article from Young Children adjusts what is known about bullying among older children to suggest developmentally appropriate prevention tips and resources for young children. A research review paper was published in Educational Psychology Review by Vlachou and her colleagues that provides an excellent overview of current research on bullying in early childhood. Here are a few highlights:

Bullying has three elements: it is an act is aggressive and intended to do harm; these are repeated over time; and, they occurs within the context of power imbalance. In other words, it is a series of acts intended to hurt another child, committed by a child to gain or to assert greater power over another child. The definition is important because it distinguishes bullying from rough and tumble play and other aspects of young children’s developing social skills. This article explores the difference between rough and tumble play and fighting, for example. Bullying can be physically aggressive, but can also be verbal (name calling), or social (social exclusion) in nature.

Researchers who study bullying use specific terms to describe the roles children tend to fill in social settings. The bully/aggressor is the dominant child acting against one or more other children. The victim is the clear target of the bullying, and the bully-victim tends to of fill both roles at different times, with different peers. Of course, there are some children not involved in bullying at all, and some how are not directly involved in the bullying act (children who comfort a victim after an act, for example).

How common is bullying in early childhood?

Studies that quantify how many children are bullies, victims, or bullying victims are rare. Data from one study of children’s experience with violence showed that 20.4% of children ages 2-5 had experienced physical bullying in their lifetime and 14.6% had been teased (verbally bullied). Vlachou’s paper provides some estimates suggesting that bullying is more common among young children than school aged children. They report one study of 4-year-olds showing 25% of children as bullies and 22% as victims, and 2% as victim/bully. In other words, just about half of children studied were involved in bullying – as aggressor or victim. By contrast, data for older school-age children, show 7-15% as bullies, 10% as victims and up to 10% as bully-victims. The limited data also suggest that the roles children assume in preschool are less stable than they are among older children – so a child who is a bully today may be a bully-victim or victim later in the year.

Changes in bullying with age

While the prevalence data show more bullying occurring among younger children, the data also show less bullying, overall, as children grow older. This general decline in bullying occurs even while the nature of bullying changes from more overt, physically aggressive behaviors to other forms of bullying, such as verbal attacks and social exclusion, both of which become more common as children grow older. The limited data that exist also suggest, though, that even as young as 4-years, there are sex differences in the nature of bullying, with boys more likely than girls to use physical aggression in their bullying.

Bully and victims in groups

While early research suggested a “type” of child who was a bully and who was a victim, recent research suggests much more diversity in the social and emotional experiences of bullies and victims of bullies. This diversity is only beginning to be teased apart for older children, and not yet undertaken among younger children. One finding that emerges in studies of bullying among preschool-aged children is that bullies tend to be well embedded in social networks (that is, they have many friends), though they also tend to associate with other bullies. There is an interesting gender difference – girls who are bullies are more likely to be socially isolated. It seems like bullying is more acceptable for boys than it is for girls. By contrast, victims of bullies tend to have fewer reciprocal friends in the social group. Whether victims’ social isolation is the result of bullying or a contribution to it is unclear - having few friends makes children vulnerable to a bully, but bullies tend to enjoy higher status among their peers than do victims.

Bullying and the setting

It may not be surprising that bullying activity occurs in some parts of the child’s setting but not others. Research shows that aggression is more common in areas that include activity spaces (e.g., block corner, water table) and playgrounds. Aggressiveness is also more common in spaces that are open and less clearly defined, possibly because the expectations for children activity is less defined.

Where is bullying coming from, and what can I do about it?

The general consensus among researchers is that bullying is in part driven by children’s developing social skills and behavior and emotion regulation skills. These skills are very fluid among young children, with the result being a range of challenging behaviors, which may include bullying. As children build social and regulatory skills, challenging behaviors and bullying tend to decline. This research paper examined predictors of bullying or being victimized by bullying. The broadest finding is that children who bully, and children who tend to be victims, score on the extremes using measures of behavior problems. Bullies score extreme on externally – acting outwardly in extreme ways, while victims score high on internalizing, such as withdrawal and passivity. Bully-victims score high on both. In short – all have poor social and behavioral skills. So programs that focus on building children’s social skills are often considered to be one broad bullying prevention measure.