The Making of an Art Museum: A Preschool Project 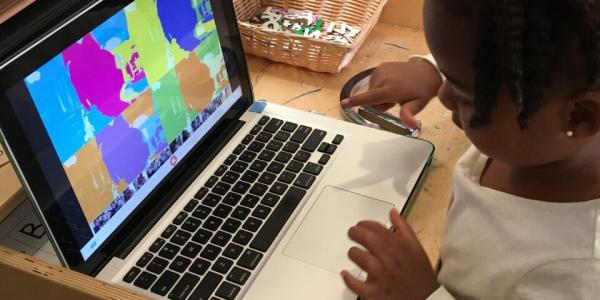 Jackson Pollock, Andy Warhol, Vincent Van Gogh. You may not think preschoolers would be familiar with these names, but the children at the LSU Early Childhood Education Laboratory Preschool used these artists’ pieces in their study of art. In this Reggio Emilia-inspired preschool the children’s interest in art grew, so they decided to open a classroom art museum.

Why a project about an art museum?

The teacher introduced the children to art techniques tied to well-known artists, such as Pollock’s splatter art, George Rodrigue’s paintings of Blue Dog, and Warhol’s Fauve-colored soup cans. They learned to use the word abstract to describe art that didn’t resemble real-life people or objects. Their creative juices flowed. Art eventually covered the classroom walls and spilled into the hallway. An artistic parent created a mural with the children so they could express themselves on a larger scale. After creating so much art, the children realized they needed a place to display and share it with others. They needed a museum! 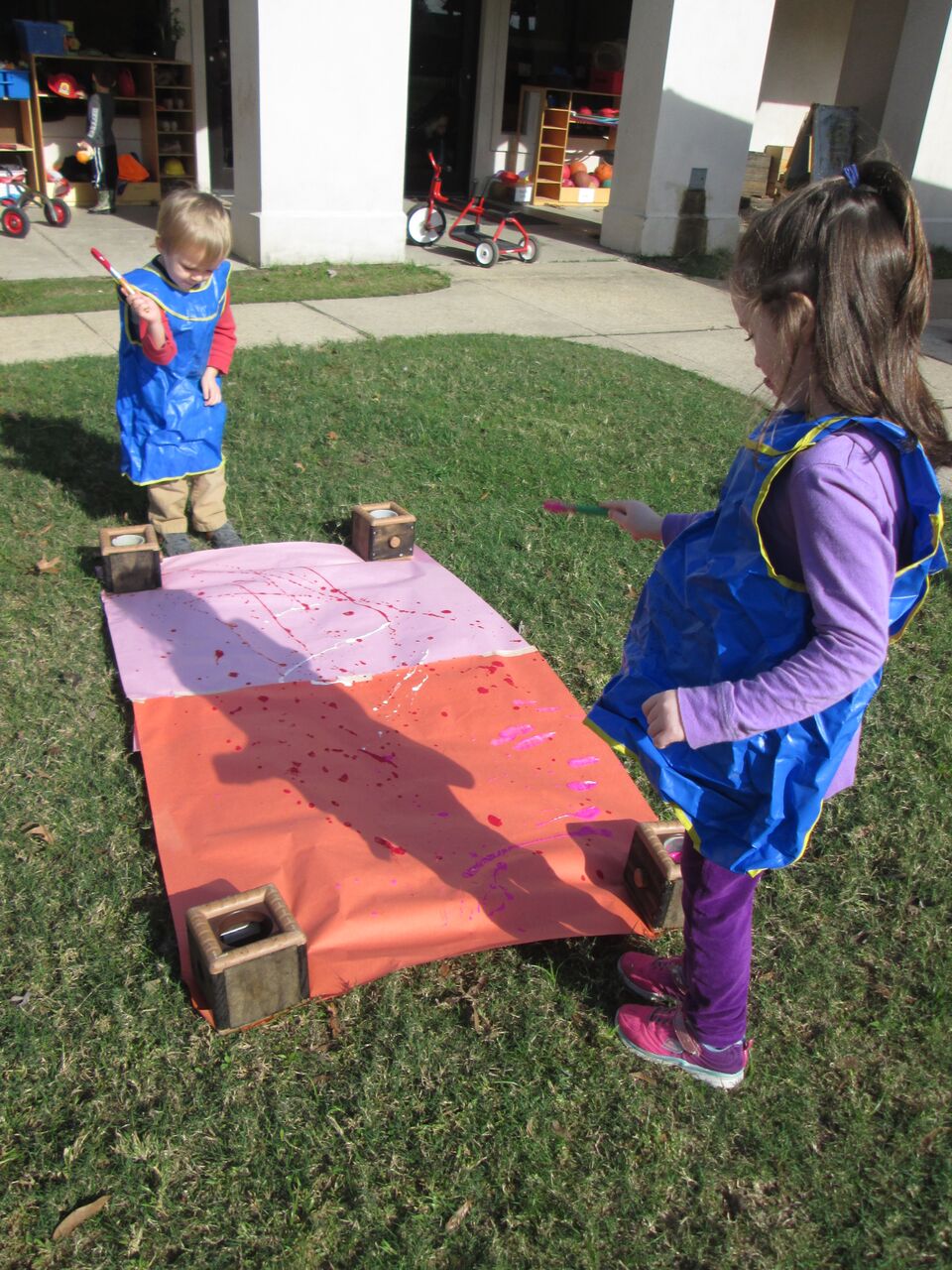 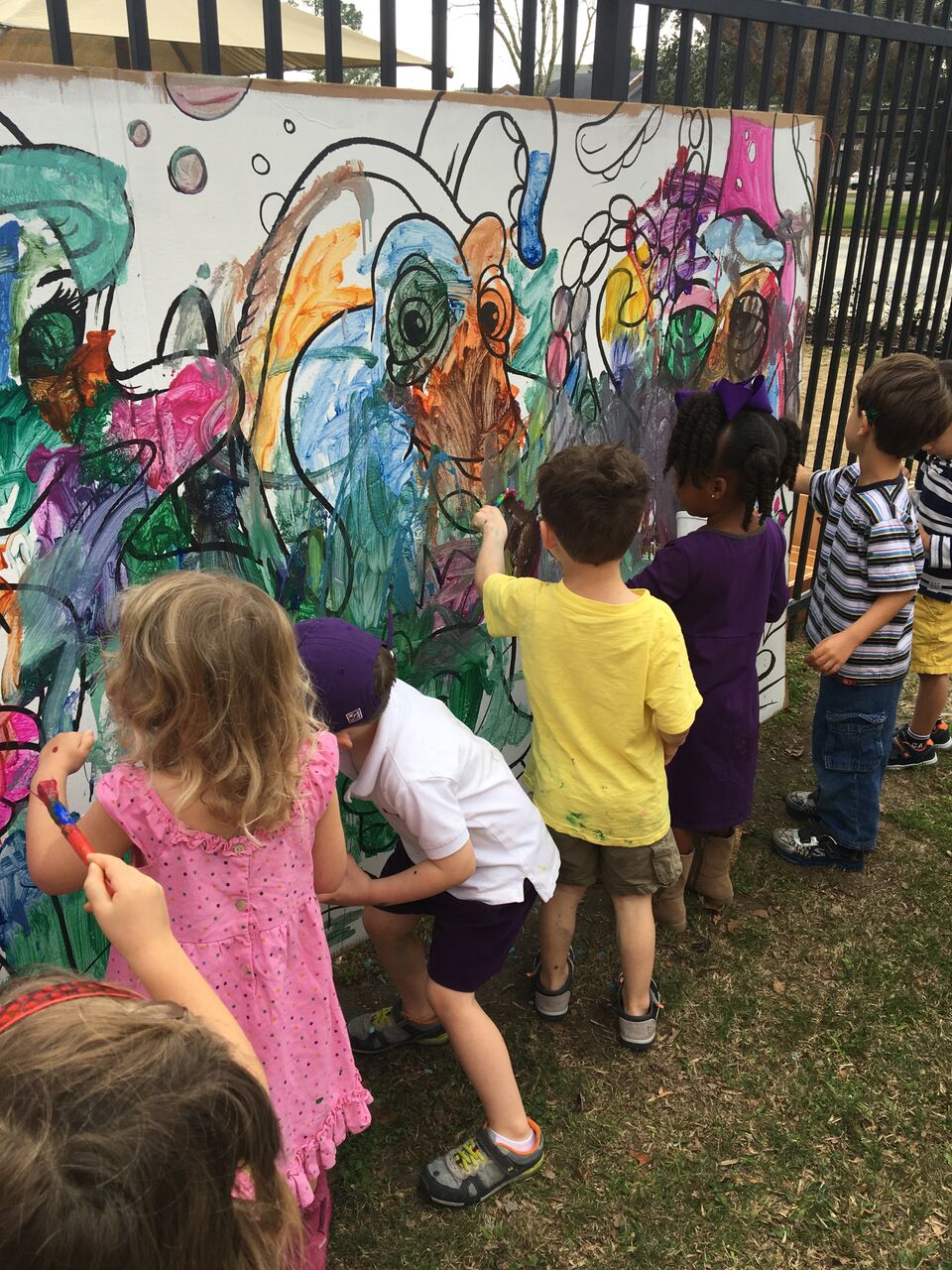 The children learned that art isn’t limited to works on paper; it can also be three-dimensional, like sculptures. On a field trip to the LSU Sculpture Garden, they made unique observations of the sculptures—some were abstract, some were interactive, and some were just really large. The field trip inspired the children to make mini-sculptures, which were added to our art museum. 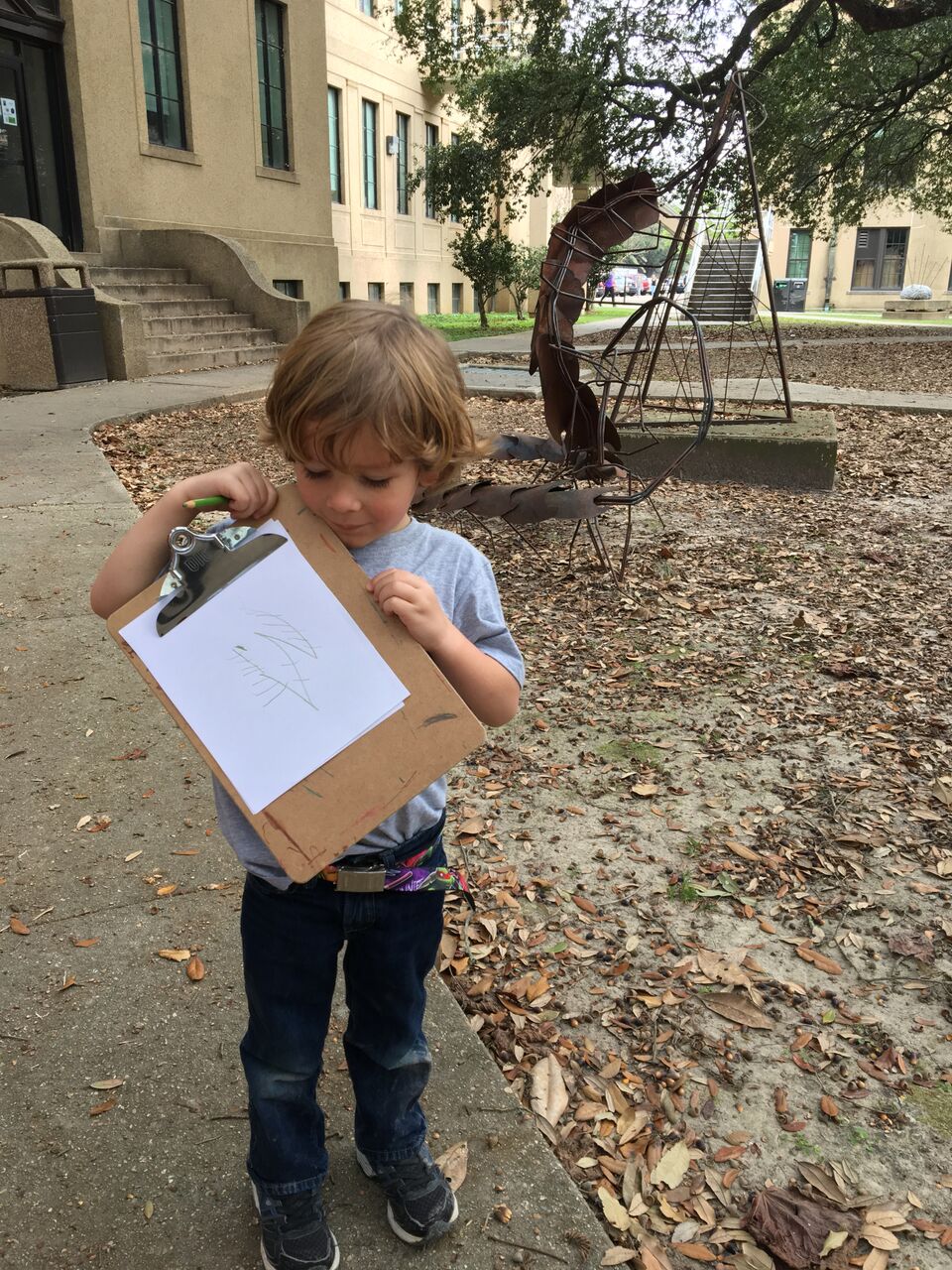 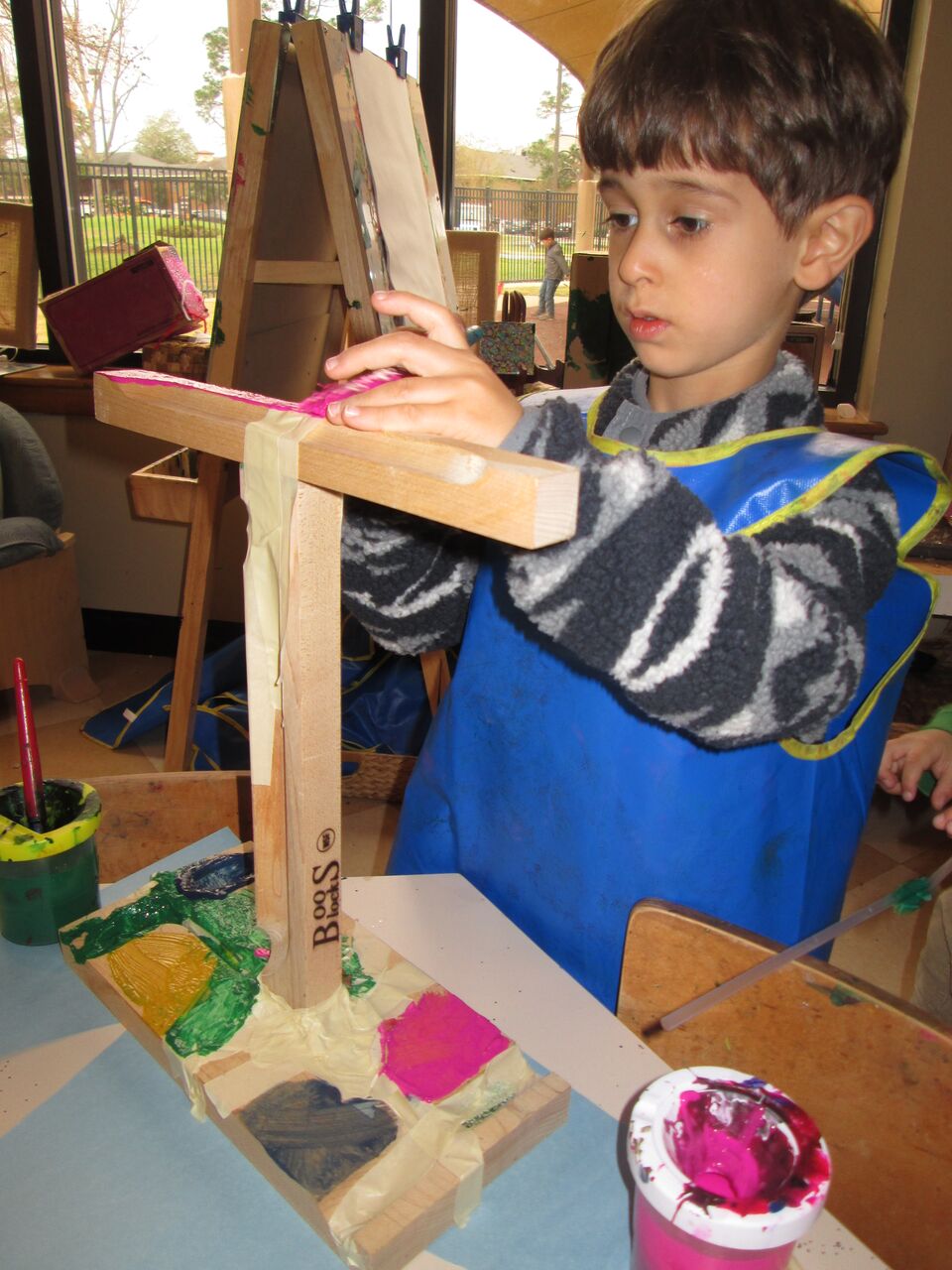 While exploring texture, the children discovered a Braille book. They wondered how visitors who couldn’t see would be able to experience our museum. The children decided to record themselves describing their art using a laptop microphone. The recordings—which were made into QR codes using Vocaroo and later printed to be placed on the artworks—provided information about the artist and materials used, and gave a description of the piece. 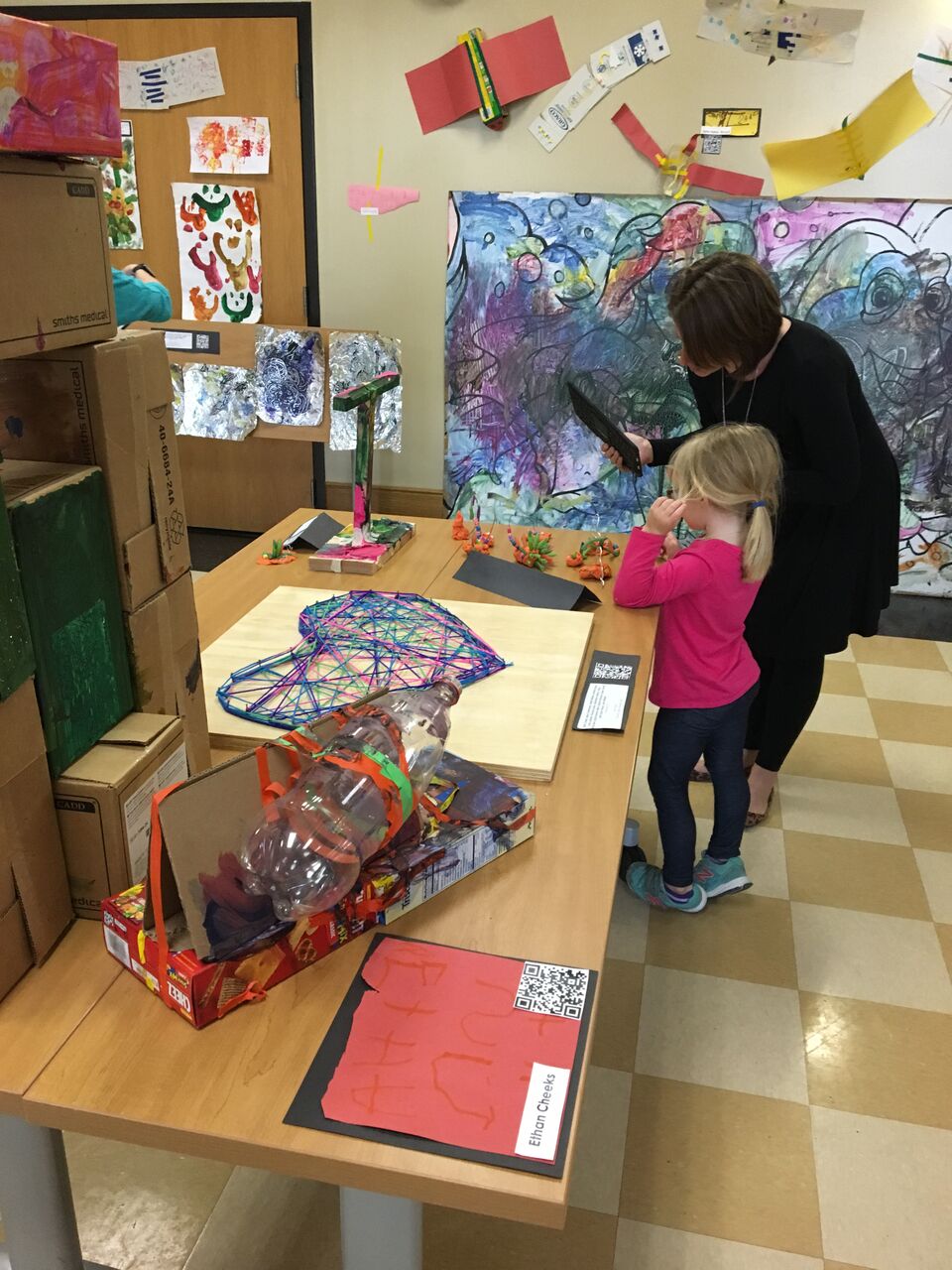 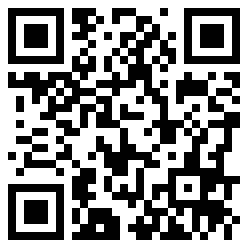 The Museum of Children’s Art, or MOCA, opened after months of studying various artists and techniques. The children were determined to make every aspect of their museum as real as those that displayed Pollock’s works. They drew maps of exhibits, even showing where bathrooms were located! They posted a list of rules at the entrance for visitors, such as “No phone calling” and “Don’t touch the art.” Security cameras, made from materials in our maker space, were hung throughout the gallery, and security guards circled to ensure no art was stolen. Children at the entrance distributed handmade tickets and greeted visitors. Artists roamed the floor to answer questions. The children were proud of their work and overwhelmed by the number of visitors to MOCA, which included families, children from other classes, and members of the LSU community. 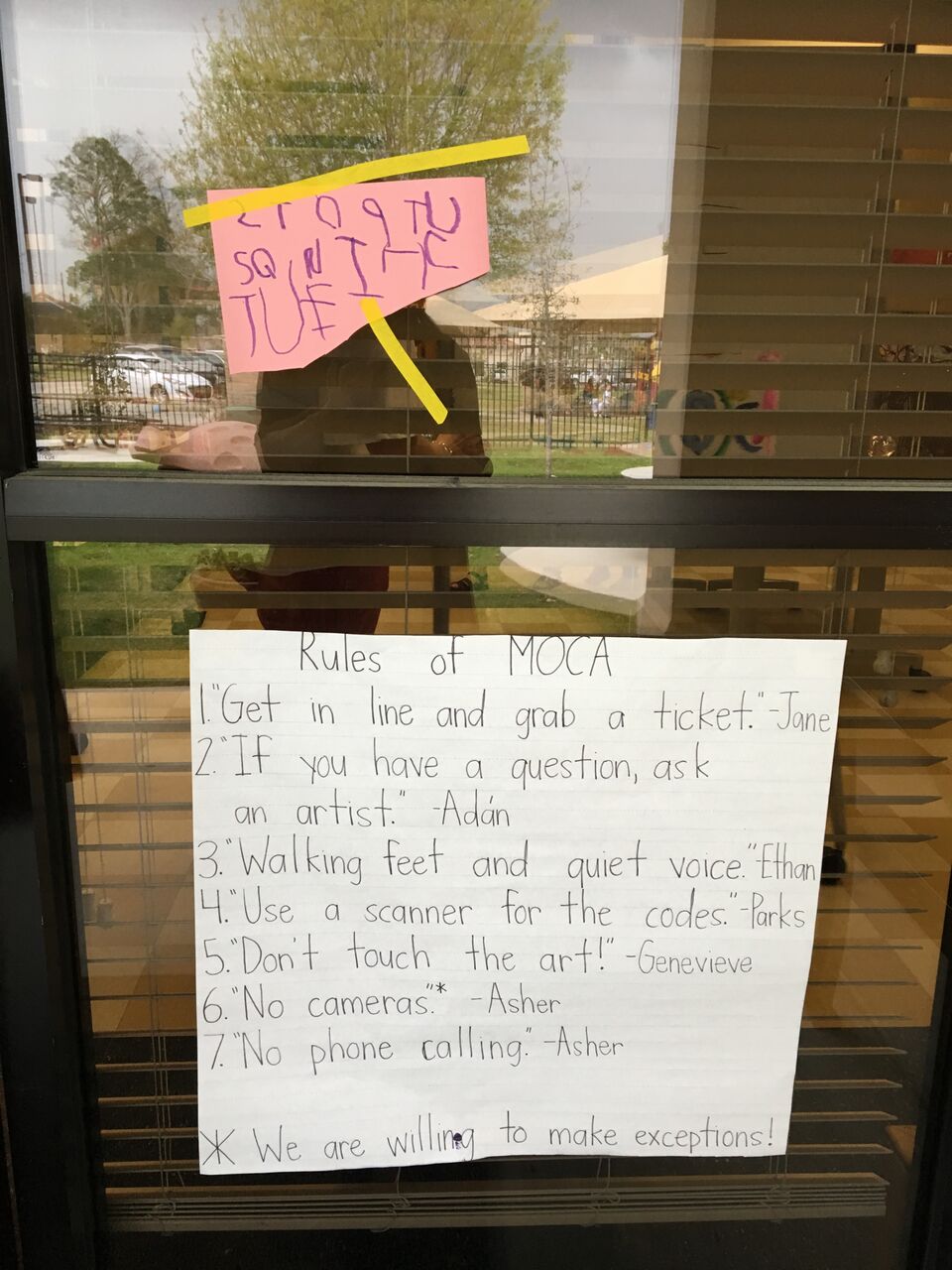 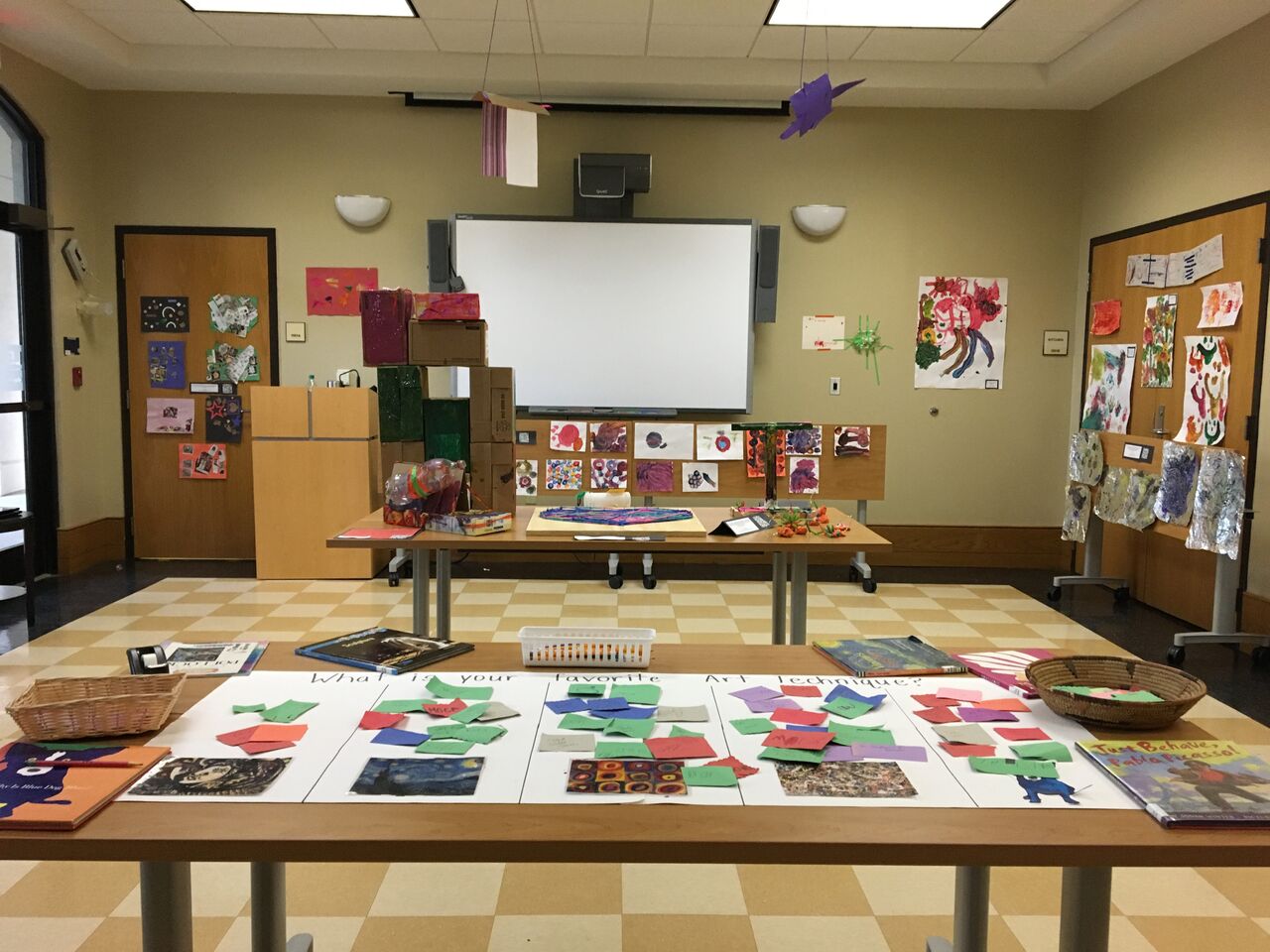 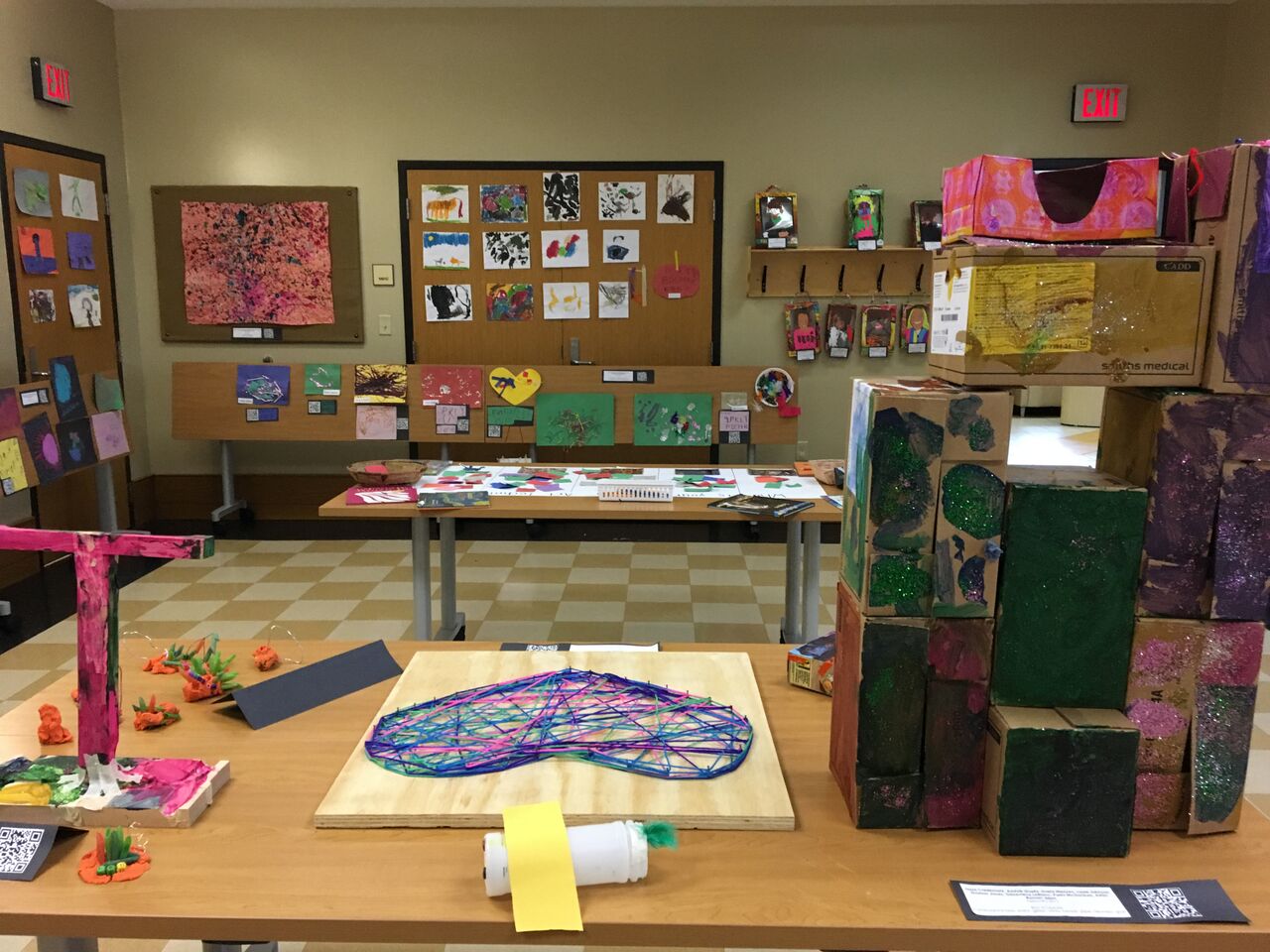 The children continued to create masterpieces that were displayed in the classroom. Our study of art expanded from visual arts to performing arts. Families said their children asked to visit art museums on vacation, identified famous pieces of art and artists in their environment, and continued to create art at home! 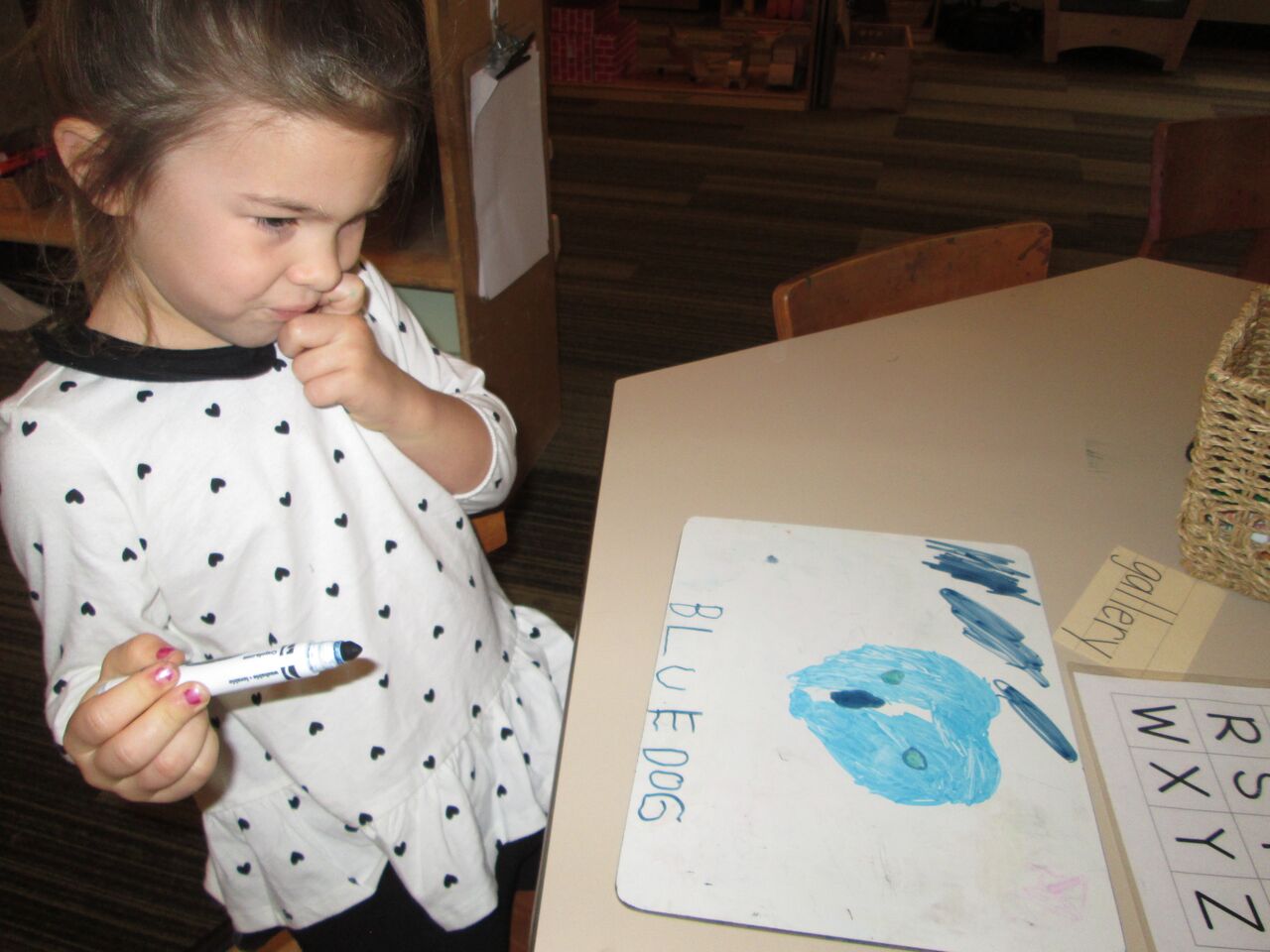 While working on the large-scale mural, one child was overheard describing herself as a “real artist!” Through this project, the children gained an appreciation for art, not just their own, but the work of their peers and the art of well-known artists. They began to recognize details of pieces that might typically go unnoticed by a 4-year-old’s eyes. The children learned the satisfaction of beginning a piece and returning to it day after day until it was completed. Teachers interested in helping children gain a better appreciation for and understanding of art will benefit from introducing them to well-known artists, providing time for discovery and experimentation of various art techniques, and encouraging them to become “real” artists.

Sarah West is a third-year teacher at the LSU Early Childhood Education Laboratory Preschool, a Reggio Emilia-inspired preschool in Baton Rouge, Louisiana. She earned her bachelor’s degree in early childhood education and is currently pursuing her master’s degree in curriculum and instruction at LSU. Sarah’s favorite art pieces are those created by her preschool class!