Working Towards Early Childhood Educators Who Look Like Me: My Romani Story 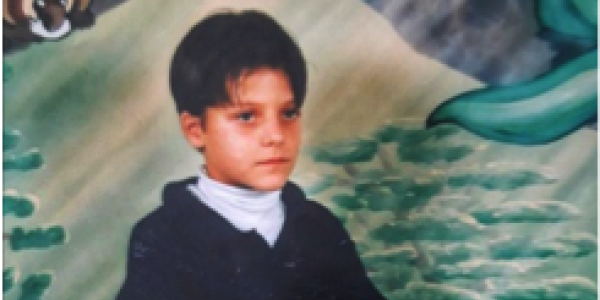 “Early childhood educators...have a unique opportunity and obligation to advance equity. With the support of the early education system as a whole, they can create early learning environments that equitably distribute learning opportunities by helping all children experience responsive interactions that nurture their full range of social, emotional, cognitive, physical, and linguistic abilities; that reflect and model fundamental principles of fairness and justice; and that help them accomplish the goals of anti-bias education.”  --Advancing Equity in Early Childhood Education

Thinking about this quote -- which highlights how important early childhood educators are to advancing equity and fighting discrimination -- I want to share with you my personal story and experiences by explaining what it means to be born as a Roma—a member of the largest minority group in Europe, also known as Gypsies. The exonyms for Roma--Gypsies, Cigani, Zingari, and Gitanos are closely connected to stereotypes and prejudices and describe communities whose culture, language, and way of living have never been fully understood by the mainstream population.

The exclusion and discrimination of  Roma starts early. Ostracized by society at large, often segregated within communities and schools, young children are discouraged, both formally and informally, from dreaming about the future.  This includes being dissuaded from joining important professions such as teaching. Because of this widespread discimination--which I’ve faced--I’m excited about a new project we are working on at my organization that focuses on both promoting qualified Romani teachers and increasing access to early childhood education for Romani children.  Teachers that reflect the ethnicity and race of their students have proven to be a powerful strategy for engaging children and breaking limiting trends.

Dreams of a young Roma child

My passion for this work is fueled by my experiences as a child.  When I was young, I wanted to become a teacher even though, as a Romani child, my hopes for the future were often ridiculed. I wasn’t even allowed to speak aloud about them. When I was 14, my school counselor asked me, “Aljosa, in which high school are you going to enroll?” My answer was straightforward: “I will apply for a gymnasium [preparatory school] and become a preschool teacher assistant.”

I wish my school counselor had been able to read the NAEYC position statement!  Rather than acknowledging my “right to equitable learning opportunities that would have allowed me “to achieve [my] full potential as [an] engaged learner and valued member of society,” she tried to convince me to give up my dream.  Her advice was to apply to a vocational school, as usually Roma students do not enroll in a a "demanding school” such as a college preparatory one.

I felt hurt and discouraged; however, I moved on. I had a clear idea about my future, and luckily I had the support of my family.

I felt hurt and discouraged; however, I moved on. I had a clear idea about my future, and luckily I had the support of my family.  It was not always easy: members of minorities often face challenging situations, and the hardest is when people judge you based on your skin color or appearance rather than on your skills and expertise. It’s especially difficult when children are confronted by role models and important adults in their lives, such as teachers, who lack understanding or empathy toward them. Even in situations where teachers demonstrate cultural sensitivity and encourage all children in their care to dream and succeed, a lack of representation in formative classroom settings can harm children. It’s important for children to have teachers who look like them.1

To be Roma = To be a human being

Roma describes the group of people who migrated to Europe between the 10th and 11th centuries from the North of India. Since their culture and language differed from the majority of Europeans, they faced significant challenges, such as discrimination, overall social exclusion, and even evictions. The darkest part in the Roma history in Europe happened during the Holocaust, when nearly two million Roma children, women, and men were brutally murdered in concentration camps by the Nazi regime.

Roma  poverty goes beyond limited access to food, housing security, and unemployment; it affects children in many different ways, especially in their early years (birth to 3)—the most critical period in children’s development—but also later in their childhood, when Roma children are often denied the right to equal access to education and care, health, adequate nutrition, and stimulating and protective environments. This cycle of disadvantage hampers their development, destroying the possibility to integrate with mainstream society and to develop to their full potential, generation after generation.

Strongly convinced that ending discrimination and exclusion of Romani and Traveller children in Europe will benefit all of society, the International Step by Step Association, in partnership with Open Society Foundations’ Early Childhood Program, launched the Romani Early Years Network (REYN) in 2012. This Europe-wide initiative aims to:

REYN operates at the national level in 11 countries (Belgium, Bosnia and Herzegovina, Bulgaria, Croatia, Hungary, Kosovo, Italy, Serbia, Slovakia, Slovenia, and Ukraine), where it calls on national governments to implement strategies on Roma integration and to prioritize early childhood development. REYN also works to support and empower practitioners of Romani and Traveller origins. It’s a powerful and vibrant network that brings together Roma and non-Roma professionals and paraprofessionals in their search for better policies and services for young Romani and Traveller children across countries.

As a member of the Roma community, I am actively promoting changes to combat discrimination and to prioritize early childhood development and health through the work we do with REYN. I was a preschool teacher for over a decade—passionate about children’s rights and well-being, quality education, equity, and diversity in practice.

There are many ways to become an agent of change; you can start by

My parents were there for me—they gave me hope and courage. They were and still are my strength, the bridge that connects my dreams and potential with reality. I am convinced that if we want all Romani and Traveller children to grow healthy and pursue their a bright future, one of the best investments we can make is in creating more programs that empower and support their families.

There is a critical need to build a reliable, competent, and diverse workforce so that children can find positive role models who come from their own cultural backgrounds. Building aspirations is key and, in this sense, role models are essential, especially in the early years. If you succeed in inspiring the children around you by embodying, respecting, and embracing diversity, maybe there is still hope for a better and more inclusive society.

As a teacher, I had the opportunity to nurture the lives of both Romani and non-Romani children and their families in my preschool, in the community, and beyond.

As a Romani person who fought to be accepted as a teacher, I want to send a message to other Romani young people that they can and should pursue their dreams to become educators. They have a unique chance to influence young Roma and non-Roma children’s lives and to contribute long-term to breaking the cycle of disadvantage and to pave the way for future generations!