My Son's Realization That He's "Brown" 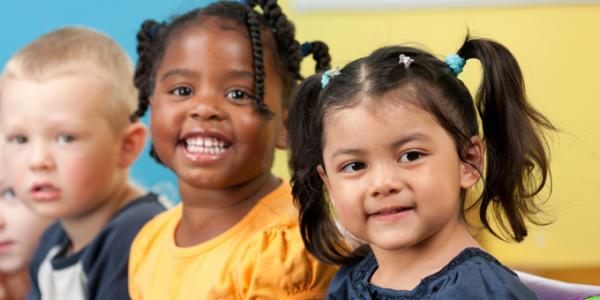 My son, Dylan, learned his colors relatively easily. As a mom, I did what other moms did—I pointed to colors and named them and then I pointed to objects and asked him to name the color. Somewhere between 3 and 4 years old, Dylan learned that he was “brown.” Now, my son is half African American which technically makes him “black.” But, when it comes to crayon colors, the children were more accurate in that his skin color matches brown more precisely than black.

The progression of Dylan’s discovering his identity and his place in the world happened slowly. When Dylan first realized that he was brown, he came home and said, “Mommy, I’m brown. The other kids are blonde but I’m brown.” I asked if there were other children in his class who were brown and he answered that Sydney and Morgan were also brown. I reminded him that President Obama was brown. It was natural for the children to notice each other’s skin tone and give it a name just as they noticed the colors in their environment and gave those colors a name. From what I knew about child development, I understood that this was natural.

On another day, Dylan came home and said with some slight worry in his voice, “Mommy, I don’t want to be brown. I want blonde skin.” On a conscious level, I knew that this is a phase that many children of color go through. This was no longer just a naming of color but a reflection of the societal nuances that accompany skin color. I reassured him by saying, “Your brown skin is unique and is one of the things that makes you special! Only a few kids in your classroom are brown. President Obama is brown and there’s only one president.” Again, this seemed enough to appease him.

We revisited this scenario a few more times, though each incident appeared differently on the surface. In one conversation, Dylan told me that he had black eyes while other children had green and blue eyes. I reminded him that few children had black eyes so this is just one characteristic that made him unique. I added that Amanda’s blue eyes make her unique and Sydney’s braids make her unique. One morning, at drop off time, Amanda’s mom told me that her daughter wanted brown skin just like Dylan. This made me think of how we, as parents, can make each child feel special without minimizing the personal characteristics of other children. While I do not have a step-by-step recipe for this, I think if we each openly discuss the virtues of each child when our own children raises the question about skin tone, hair color, and eye color, then we can promote the self-esteem of our own children and maintain the integrity of other people’s children. Everyone wins in a positive environment.

Identity Development by Age and Stage


Adapted from Anti-Bias Education for Young Children and Ourselves by Louise Derman-Sparks and Julie Olsen Edwards. The book, published by NAEYC, offers ideas about how to support children to feel safe and secure in all their many identities, pride in their families, and at home in their early childhood programs.

Kim Doan is a teacher educator and mother of one son.