“My Teacher Made me Draw a Nose!” And Other Tales of Starting School 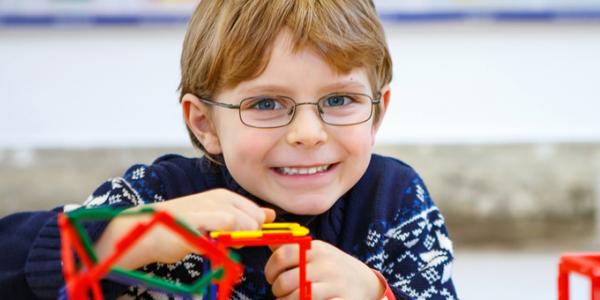 A number of years ago my son got off the bus after his first day of kindergarten and told me he didn't want to go back to school if he had to draw a nose. He was pretty upset about it. I had wondered if he'd get on the right bus, find a friend at recess, or be able to open his lunch - but this had never occured to me - that he'd be upset over drawing a nose. It took me a while to figure out what he was talking about but finally I pieced it together.

His teacher had asked the children to draw self-portraits and my son drew a picture of himself without a nose. His teacher encouraged him to add one - strongly encouraged. She even helped him get the nose started. He just as strongly didn't want to draw a nose. 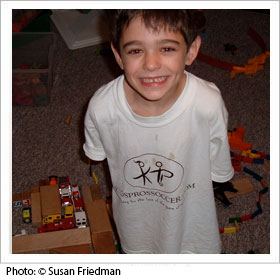 I didn't know exactly why he didn't want to draw a nose since he had drawn plenty of them before on a myriad of stick figures - but I did know this - he liked to ease into new situations.

I called his teacher and told her how upset he was. It was her first year as a teacher and she was genuinely surprised to learn he was upset. "Does he not know how to draw a nose? I just wanted to show him it wasn’t hard to do."

I shared with her that my son had made many drawings with noses before. I suggested that his stand on noses might be less about drawing and more about feeling comfortable. I told her that he was sometimes hesitant to join in fully when in a new situation, but he did tend to participate enthusiastically when he felt comfortable, which usually happened pretty quickly.

His teacher shared that she really had thought it was about ability and confidence drawing and hadn’t considered that taking a stance on drawing a nose was a way to keep control and feel comfortable on a first day of school when so much was new.

It was a productive conversation. I thanked his teacher and told my son he didn't have to draw a nose. He was relieved and went to school the next day with no apparent worries - at least none about noses.

I remember thinking "uh oh...a new teacher who wanted to make my son draw a nose... this is going to be a tough year". But it turned out that kindergarten was a great year for my son and we both really liked his teacher. Sometimes a tough first day simply means a conversation that leads into a great year of learning.

Do you have a story you think will help families get the school year off to a good start? Submit your post here!