In late January 2014, researchers at the University of Virginia released a working paper with the provocative title “Is Kindergarten the New First Grade?" The paper amplifies concerns provided by other reports like “Crisis in the Kindergarten” and “What Happened to Kindergarten?” Critically, this paper uses data to describe changes in kindergarten that took place during the early years of No Child Left Behind (NCLB).

This report compares kindergarten teacher responses to surveys conducted in 1998 and 2006. The analyses validate what we have been hearing for a while now - that academic content and focus has become more prominent in kindergarten. The amount of time spent in literacy activities has dramatically increased over time, with a more modest increase in mathematics and drop in time spent on the arts and physical education. In addition, teachers in 2006 report spending more time on activities that were only briefly taught, or not yet introduced, in kindergarten in 1998. 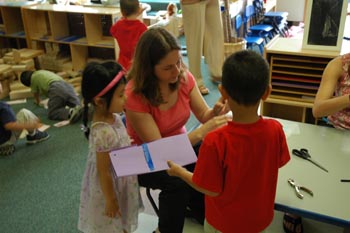 These findings lead the authors to conclude that “today’s kindergarten classrooms focus on more advanced academic content, are more literacy-focused, and rely more heavily on teacher-directed whole group instruction.“ Other findings they report about physical education and use of standardized assessment, suggest kindergartners in 2006 have less PE and more testing than 1st graders in 1998. So, they conclude, “kindergarten in 2006 looks quite distinct from both kindergarten and first grade classrooms in the late nineties.”

What can we learn from these findings?

What is clear is that the academic content, and approaches to delivering that content, changed in dramatic ways between 1998 and 2006. What should we take away from these findings?

Time spent on academic content, and even time spent on increasingly challenging academic content should not automatically be seen as a threat to kindergarten. Children learn from birth, so kindergarten should provide children with opportunities and supports appropriate for where they are. Early childhood education has always embraced the (academic and social and emotional) content that young children need to learn. Kindergartners (and all young children!) can learn academic content that is appropriate to where they are developmentally. However, large group, teacher directed instruction is not the only way for children to learn academic 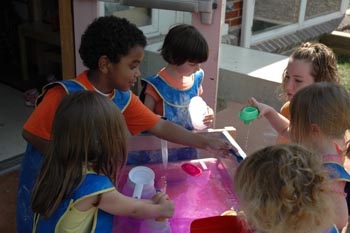 content. Hands-on investigative activities and small group instruction need to be a bigger part of how children take in academic content. Our expectations for young learners are built from many years of research and theory, as well as teachers’ knowledge of each child’s prior learning. As more children participate in early educational programs, it is not surprising that they come to kindergarten with different learning and developmental needs than when children did not regularly participate in such programs.

Seeing a focus on academic content tells us what children are being taught, but it does not dictate how children should be taught. Developmentally Appropriate Practice (DAP) provides the best frame for how to teach young children. Young children learn best when taught using a variety of learning formats, including large and small group work, as well as instruction and play. Some content can be introduced to the whole group of children during a circle time or class meeting. Children can further investigate the content and learn it more deeply via small group experiences in which they play an active role in the investigation, through exploratory play alone and with other children, through one-on-one activities with a teacher, during routines such as setting a table for snack. Some content can be memorized for current and later use (e.g., the names of the letters of the alphabet and their sounds, the numerals that represent numbers). Even here, singing and moving to songs that emphasize letter sounds or involve counting may be more effective than a worksheet or rote activity. The goal is to provide a variety of learning opportunities, not to become reliant on a single approach. There is plenty of room within DAP to include academic content in kindergarten (See NAEYC’s latest book on DAP and kindergarten).

Social and emotional skills are important, but are they built into the classroom?

It is important to note that while teachers’ ratings of the importance of academic skills increased from 1998 to 2006, at both times they rated social and regulatory skills as being more critical for school readiness. This view is increasingly being voiced by educators and researchers alike. Unfortunately, the time teachers spend on building these skills is not captured by the data in this report. If the increased focus on literacy and math is partially driven by standards, then should social and emotional skills be written in to K-12 standards like they are in preschool standards? Experts from the Collaborative for Academic, Social, and Emotional Learning conducted a review of state standards in 2013. They found that 49 states have specific standards for social and emotional development in preschool, while only 3 have specific standards in K-12). While many state K-12 standards include some standards for social and emotional learning within content areas, the report warns, “when [social and emotional learning] standards are integrated into other standards they are often scattered and lacking in comprehensiveness. Typically they are not systematically and developmentally sequenced across grade levels.”

The findings from this most recent analysis of data from the early Childhood Longitudinal studies may be the first to quantify changes in kindergarten over the past decade. But these data provide only a broad picture of the differences, and do not provide ready explanation for them. But understanding ways that kindergarten changed under NCLB is critical as states move to implement the Common Core State Standards. As critics have noted, the Common Core focuses only on English Language Arts and Mathematics, two areas that saw increased focus under NCLB. As a result, without concerted effort, the trends reported here are likely to become more, rather than less, pronounced, further driving kindergarten away from early childhood. NAEYC’s report on Common Coreprovides a framework for connecting Common Core to children’s development and ensuring high quality educational experiences for all children. NAEYC’s report on Kindergarten and Common Core outlines considerations to connect common core to better quality and more equitable kindergarten experiences for all children.