This blog post is the final of a 4-part blog series on the experiences of a 3rd-grade teacher's first Maker Fest with her elementary school.

During the final week of the school year, we had a School Wide Gallery Walk of our Discovery Maker Fest projects. After arranging the pillows on desks, the third graders took a walk through the school to see what the kindergartners, first, and second graders invented. Here’s a peek: 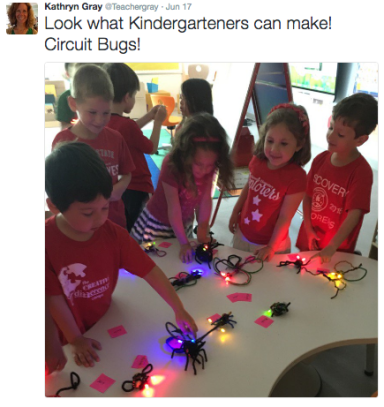 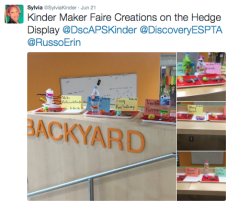 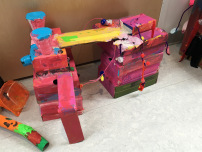 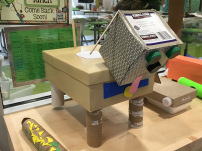 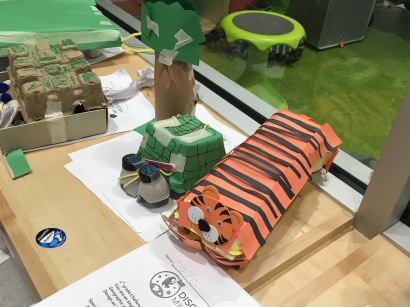 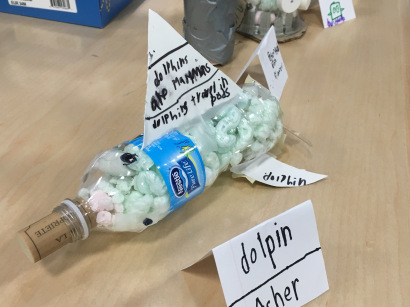 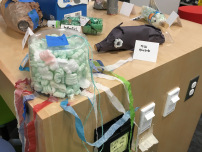 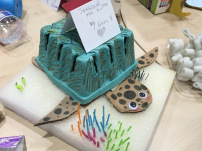 After the school year ended, I found myself thinking more about the maker movement. I believe making was a worthwhile activity for my 21st century third graders. But why?

Maybe because making is such a different approach to learning from that of our public school system, which emphasizes teaching based on grade-level standards and assessing children’s learning through multiple choice questions with a single correct answer. We know that there is no one right answer to most problems in the 21st century. Being makers is a valuable way o remind students of the importance of taking risks and trying many solutions to a problem. Making allows kids to play, test, fail, and try again. My students spent four mornings completing their Virginia State multiple-choice Standards of Learning tests—four mornings out of the scant 180 days of school. They spent four afternoons completing one Maker Fest project. Those eight periods gave students the opportunity to tackle 21st century problems in different ways.

Maybe it is because many 21st century elementary school children may not spend time playing outside, making crafts, going to science camp, or having a hobby. Maybe they have a passion, but so much of their time is programmed that they lack the freedom to explore it at their own pace. Often a 21st century 8-year-old spends free time outside of school distracted by screens. The screens frequently involve mindless, passive activities. The Maker Fest  provided time explicitly dedicated to  actively creating.

Moving forward, I plan to continue to provide these opportunities to push students beyond the state’s basic standards and outside of their programmed lives. It clearly motivated one student, who explains her struggle and success on Twitter. Click here to view: Video on Twitter. She says, “You feel like you accomplish something!”

I may even dust off the sewing machine I inherited from my mother-in-law and make a pillow myself. The Maker Fest showed me that anyone can be a maker! All that is needed is time, recycled stuff, creativity, and the motivating spirit of a maker!

Making With Young Learners: An Introduction

Message in a Backpack: Making at Home

Sally Donnelly is a third-grade teacher at Discovery Elementary School, in Arlington, Virginia