Jellyfish or Bubbles: What a Trip to the Aquarium Revealed About How Toddlers Learn 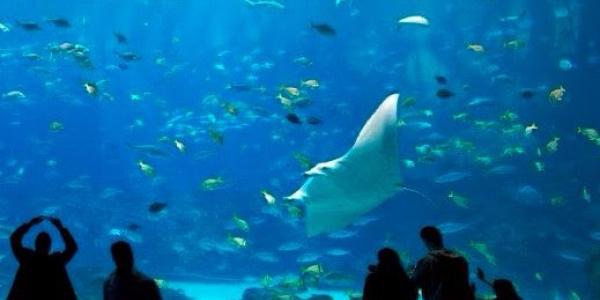 Home / Resources / Blog / Jellyfish or Bubbles: What a Trip to the Aquarium Revealed About How Toddlers Learn
Trudi Schwarz
04/30/2018

When our son could barely speak he communicated what he was thinking by signing. I still remember one particularly memorable story to this day because of what it revealed to me about how toddlers think and learn.

When my toddler told us he thought Jellyfish looked like bubbles:

My husband and I started using gestures to communicate with our son Connor when he was a baby. We used a particular gesture every time we said specific words, like “cat”, “eat”, “more” and “bubbles” and eventually Connor learned that the movements we made with our hands represented things and actions he saw in the world. He started using the gestures himself, and he soon acquired a large signing vocabulary, which he used to point out intriguing sights or to tell us what he wanted – like more food.

We got the idea to communicate by signing from Linda Acredolo and Susan Goodwyn’s research on using symbolic gestures with babies, a technique they call “Baby Signs.” Signing was a useful communication tool. It often allowed us to meet and understand Connor’s needs without him feeling frustrated because we didn’t understand what he wanted.

On one occasion we took a family trip to the Monterey Bay Aquarium in Monterey, CA. We all enjoyed the jellyfish exhibit - It consisted of a massive tank with hundreds of different kinds and sizes of jellyfish. The tank was backlit so the jellyfish were translucent and seemed to glow as they floated through the dark water. It was beautiful and absolutely mesmerizing.

Connor could not take his eyes off the jellyfish tank. He stood staring at it with a confused look on his face. As I watched him I remember thinking that he was trying to make sense of what he was seeing. I remember seeing his face suddenly brighten with what I can only describe as a “light bulb moment.” His expression transformed from confusion to the certainty of understanding. He looked at me, smiled and gestured to me - reaching up and pinching his index finger and thumb together as if he were popping bubbles in the air. “Bubbles” he was saying as he made the sign for bubbles with his fingers.

One way babies learn is by applying acquired knowledge to new situations. Connor took what he knew about bubbles-that they are round, float randomly, and are translucent-and applied that information to the jellyfish. It was completely logical. He was wrong in that they were not bubbles, but he was also right. The Jellyfish were in some way like bubbles, in their shape, and how they floated upwards. He was actively trying to make sense of the world.

I told him that the jellyfish did indeed look like bubbles, but that they were actually living fish called jellyfish. I loved that moment. How Connor’s gestures allowed me to witness him making a connection between what he knew and what he was seeing for the first time, and to marvel at his growing understanding of the world. With shared knowledge comes shared understanding--and the joy of being in-tune with what your baby is thinking. It was a magical moment.

Trudi Schwarz is the infant room lead teacher at the University of California-Davis Center for Child and Family Studies NAEYC accredited Early Childhood Lab School. She is also the mom of Connor and Gabriel.