This is the first of two articles discussing ways teachers can make their classrooms more welcoming and supportive learning spaces for Black boys. 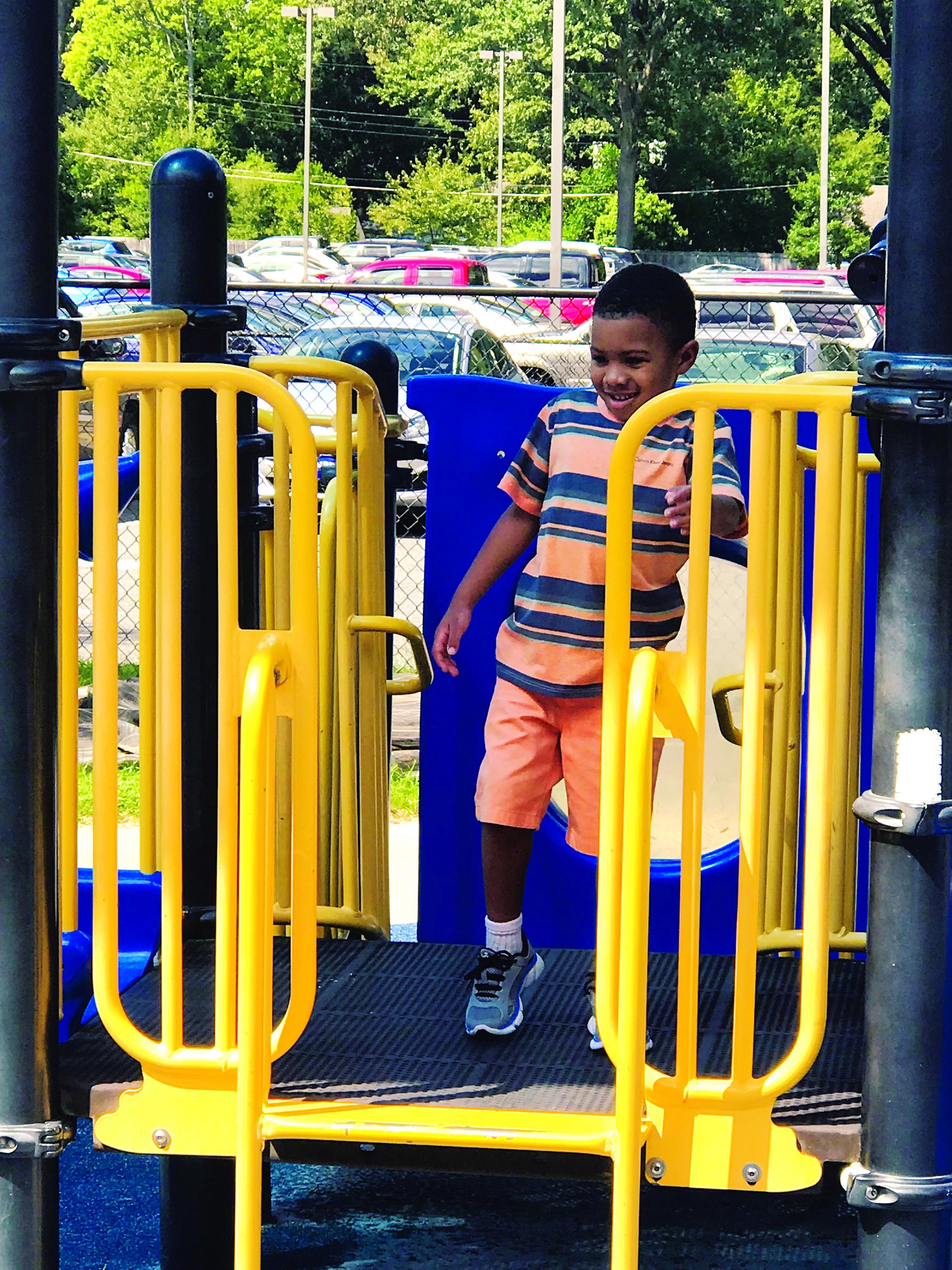 Hakeem, a 4-year-old Black boy, is enrolled at a preschool where most of the staff is White. His parents are proud of their bright-eyed, sweet-tempered, and playful boy. The head of the center, however, finds Hakeem to be “overly aggressive” in the dramatic play and block areas of the classroom.

During the first parent-teacher conference of the year, the lead teacher (a White woman with five years of experience) characterizes Hakeem’s social and emotional development as “below average” and his intellectual potential as “average at best.” Hakeem’s parents are confused: could the teacher be thinking of a different child? Had she really observed Hakeem acting out? What made her think that he was not very bright?

Before the lead teacher responds, the assistant teacher (a Hispanic woman in her first year as an educator) chimes in, sharing an example of Hakeem enthusiastically joining a child who was building a fortress in the block area. When Hakeem accidentally knocked part of it over, he quickly said he was sorry and offered to fix it. “So,” says the assistant teacher, “sometimes I think maybe we don’t give Hakeem a chance or don’t really notice when he does nice things.” The assistant teacher folds her arms as she speaks and looks at the ground, appearing nervous about how the lead teacher will react. But her brief comment succeeds in shifting the conversation.

Soon, Hakeem’s parents and teachers agree that Hakeem needs more opportunities to play outdoors because he is so energetic. As they talk, the lead teacher admits that his behavior is fairly typical for a child who is in a program for the first time—a key detail she says she had overlooked in her first few weeks working with Hakeem.

Like many other Black families, Hakeem and his parents felt confident enough to question the lead teacher, and the assistant teacher was courageous enough to offer a contrasting opinion. But it’s not hard to imagine this situation going another way if the lead teacher had continued to focus on her frustrations with Hakeem’s high-energy play rather than acknowledging his enthusiasm and willingness to work with his classmates— leading to a very different outcome for Hakeem.

Throughout the United States, Black boys tend to be viewed as troublemakers from a very young age. Adults often see Black boys as older and less innocent than their White peers (a practice called adultification), and their play is perceived as more dangerous, violent, and not developmentally appropriate. According to a 2016 report from the US Department of Education’s Office for Civil Rights, Black children make up only 19% of preschool enrollment, but they represent 47% of preschool children receiving one or more out-of-school suspensions. In comparison, White children represent 41% of preschool enrollment but only 28% of preschool children receiving one or more out-of-school suspensions. Many of these suspensions are the result of zero-tolerance policies, where even minor “misbehavior,” like Hakeem’s, triggers automatic penalties that include suspension and expulsion. 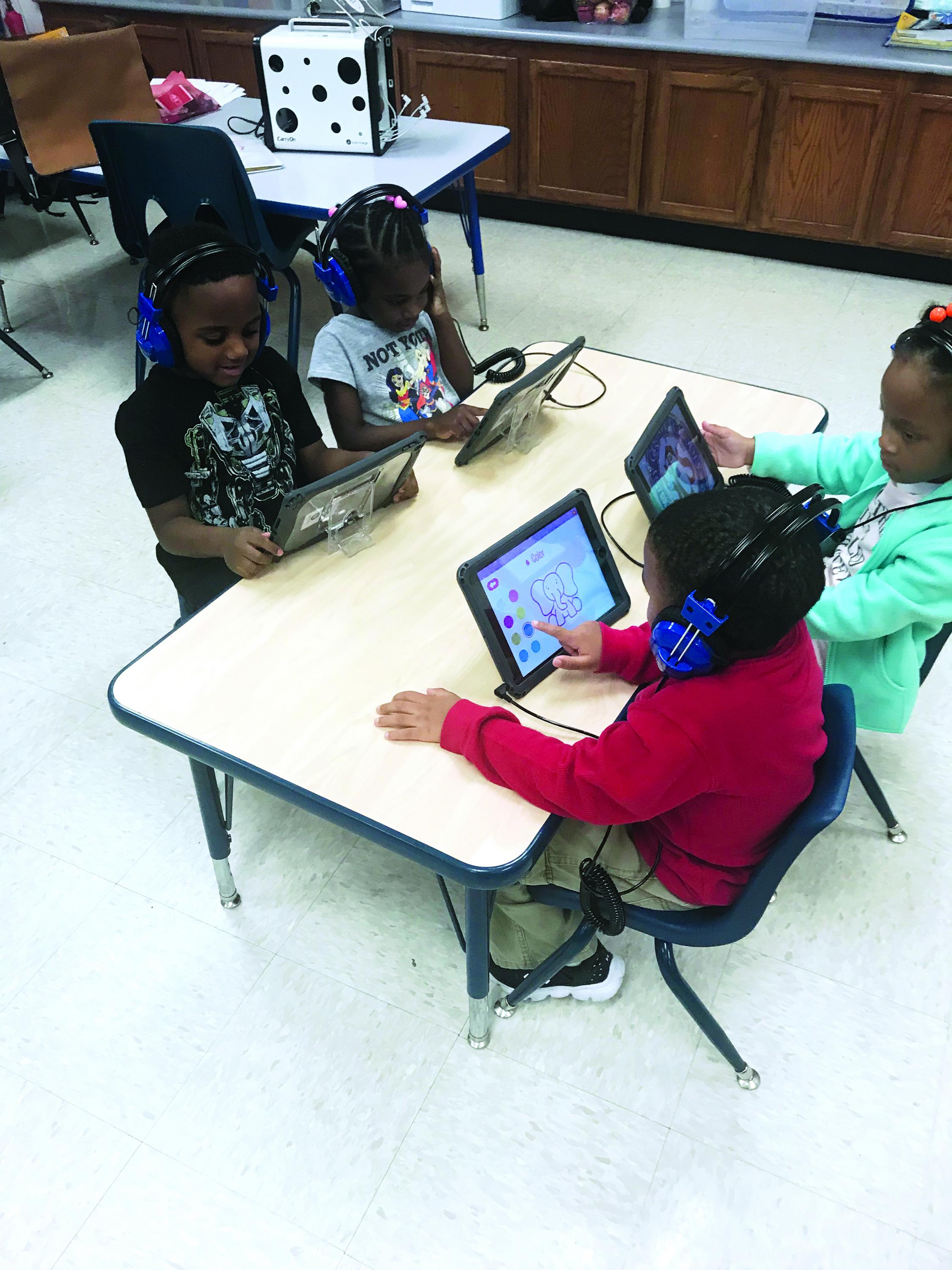 Racial disparities in suspension can and do dampen Black boys’ enthusiasm toward school—they often get the message that school is a place where they are watched, not welcomed. This in turn makes them less likely to be actively involved in acquiring academic knowledge and skills, socializing with other children, and interacting with teachers. As a result, far too many Black boys are denied genuine opportunities to achieve at high levels because of an unwelcoming classroom climate that contributes to inequity and negative assumptions based on race and gender.

In contrast, culturally competent teachers are aware of the ways Black boys are disproportionately and inappropriately punished in and outside of school. In addition to making sure this wrong is not perpetuated in their classrooms, they seek ways to foster Black boys’ developing senses of identity, agency, and voice.

How can teachers learn to identify and address their own biases and increase their cultural competence? How can they best support Black boys’ social, emotional, physical, psychological, and intellectual development?

Moving from deficits to strengths 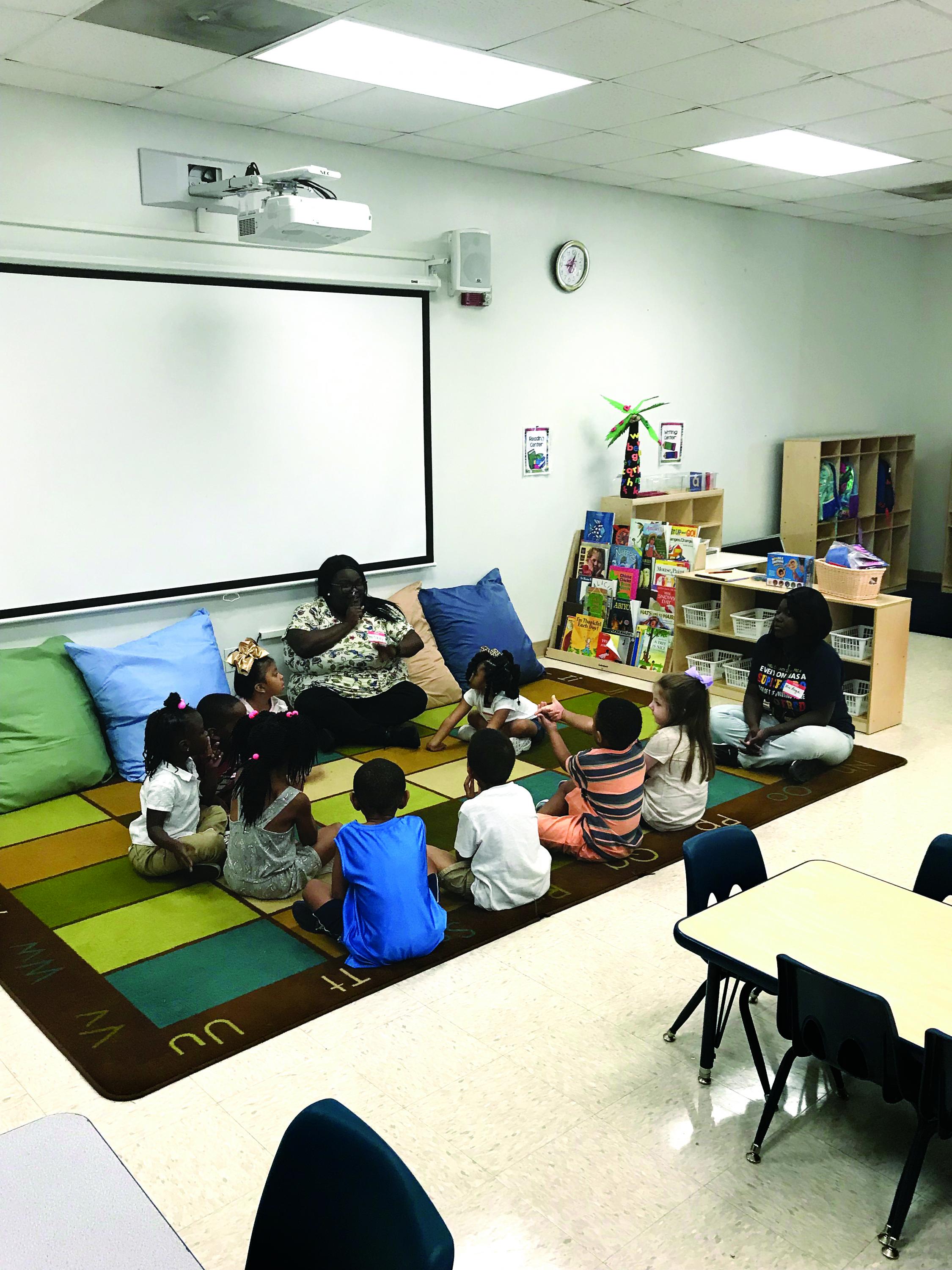 Use these questions to prompt your own critical self-reflection as you work to recognize unconscious biases and eliminate them from your classroom.


When teachers look for Black boys’ strengths and reflect on classroom exchanges to try to identify misunderstandings (especially cultural differences), they are more likely to reject stereotypes, build meaningful relationships, and offer the warmth, support, and enrichment that high-quality preschool promises to all children. To ensure that Black boys reach their full potential, it is imperative that teachers proactively take a culturally competent, strengths-based approach. By this, I mean that teaching and learning need to be responsive to the diverse identities of Black boys, including their different languages, literacies, interactional styles, and cultural practices. This cultural responsiveness will help teachers to recognize and engage the positive identity development of Black boys, and to encourage Black boys to use their authentic voices toward agency as full and respected community members.

From reflection to action

A few weeks after their initial meeting, the lead teacher reaches out to Hakeem’s parents again. She has been reflecting on her assumptions, biases, and practices, and realizes that she has a long way to go to become the culturally competent teacher she wants to be. 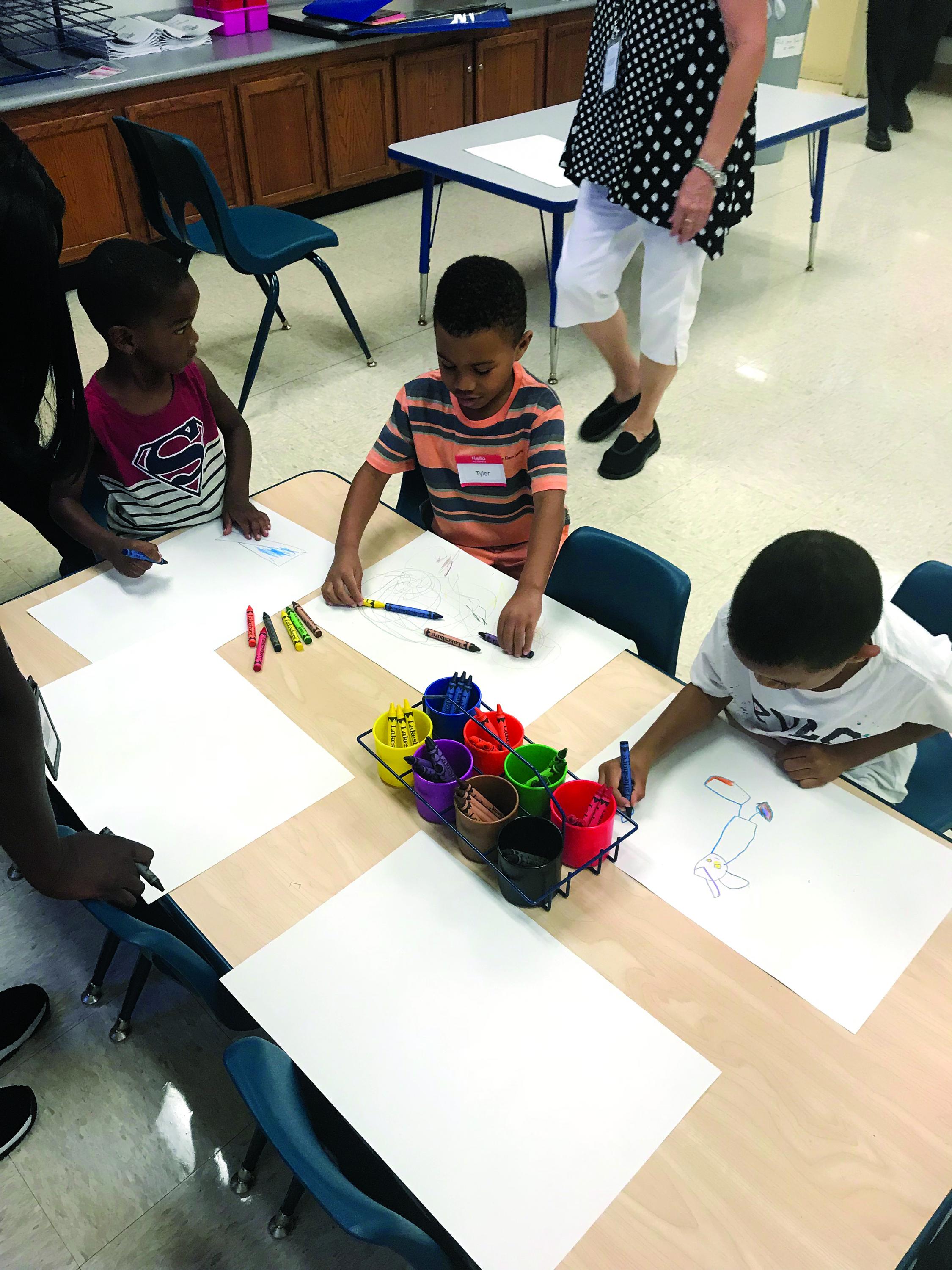 During the meeting, his teacher shares that she is starting to understand Hakeem’s behavior from his parents’ perspective. Most days, he is more easily excitable, energetic, and verbally expressive than the other children. But now that she is looking for Hakeem’s strengths, the lead teacher also sees that he is more engaged, enthusiastic, and encouraging toward his classmates than the other children.

Hakeem’s parents appreciate that the lead teacher is trying to learn and grow. They spend a while discussing his interests. The lead teacher is surprised to hear of Hakeem’s fascination with modern dance. His parents say it started with the family going to see a live performance and later enrolling Hakeem in classes at a community dance studio. Since Hakeem’s time in dance, he has taught his family modern dance techniques. His interest in modern dance has continued through his parents reading a dozen books to him from their local library about modern dance and Alvin Ailey American Dance Theater. His teacher, who grew up taking dance classes, leaves the meeting brimming with ideas for projects Hakeem might want to pursue to learn more about modern dance. 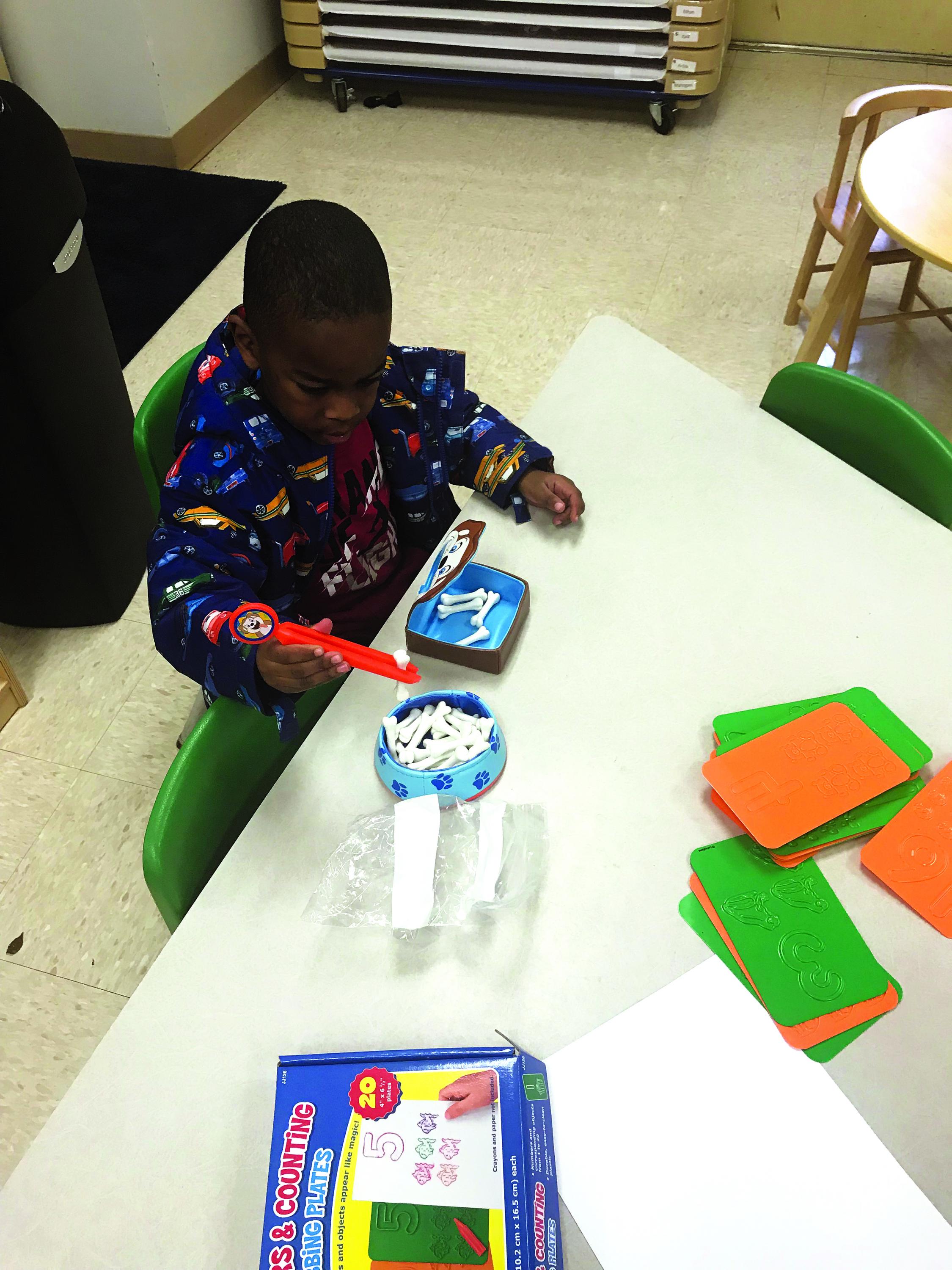 Reflecting on the meeting, the lead teacher comes to another important realization: her surprise at Hakeem’s curiosity about modern dance was a sign of an assumption about what boys in general are “supposed” to be interested in, and Black boys in particular. Taking her next step toward cultural competence, Hakeem’s teacher realizes that she needs to avoid a “one size fits all” perspective based on stereotypes about Black boys, their interests, and the ways they learn and interact with others.

When teachers spend time reflecting on themselves and their practices and then turn those observations into concrete change in the classroom, they enable Black boys to bring their own experiences, ideas, and practices into the learning space as important and enriching contributions.

In the April/May 2019 issue of TYC, I will provide suggestions for activities and practices that can help Black boys feel like valued members of the classroom community (rather than troublemakers) and that create space for Black boys to thrive.

Brian L. Wright, PhD, is an associate professor and program coordinator of early childhood education in the Department of Instruction and Curriculum Leadership in the College of Education and coordinator of the middle school cohort of the African American Male Academy at the University of Memphis. He is the author of the award‑winning, best‑selling book, The Brilliance of Black Boys: Cultivating School Success in the Early Grades with contributions by Shelly L. Counsell, which won the National Association for Multicultural Education’s 2018 Phillip C. Chinn Book Award. He is also the author of a two‑part series of articles for Teaching Young Children that discusses ways teachers can make their classrooms more welcoming and supportive learning spaces for Black boys (NAEYC.org/black‑boys‑matter).