Instead of Discipline, Use Guidance

We all know that we shouldn’t punish young children when they exhibit challenging behaviors. The children in our preschool classrooms are just beginning to learn the complex skills of getting along with others. These are skills that we humans work on our entire lives.

Children are going to have disagreements—sometimes dramatic ones—as they interact with others. They really don’t “know better” because they haven’t learned the “better” yet. After all, a 4-year-old has only 48 months of on-the-ground experience! It’s our job to teach children positive lessons from their mistakes—and to make sure we don’t hold their mistakes against them.

Conventional discipline too easily slides into punishment. For example, if we embarrass children by singling them out as part of our discipline strategy, this is punishment. Punishment makes young children feel stressed, hurt, rejected, and angry; these feelings make it harder for children to learn emotional and social skills.

When we punish children, we are actually making life more difficult for 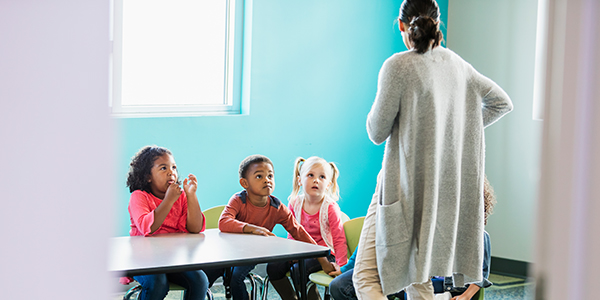 Guidance is about building an encouraging setting for every person in the group. It means helping young children understand they can learn from their mistakes, and it starts with showing them how. To give this help successfully, we need to build relationships with every child—especially with the children we find difficult to connect with and understand. We build these relationships from day one, outside of conflict situations. It is only when children know and trust us in day-to-day interactions that they will listen to us when conflicts happen (after we have helped everyone calm down).

So what do you do when conflicts arise and you want to use guidance? This article gives two illustrations of guidance at work. The first one might surprise you.

When I first started working with Jeremiah, he had a lot of angry outbursts. The center used time-out at that point (the dreaded “green chair”), and Jeremiah spent considerable time there. While I was at the center, we moved away from using time-outs and introduced a system called peer problem-solving. By the time Jeremiah graduated to kindergarten, we had been using the system for three years, and he was one of the experts.

One day, I overheard a fracas in the block corner. I stood up to see what was going on, ready to intervene. Jordan, just 26 months old and only talking a little bit, had a truck. Franklin, 50 months old, decided it was his turn to use the truck. I took a step forward, ready to go to their aid, but paused when I saw Jeremiah (then 60 months old) approach them.

“What’s going on, guys?” Jeremiah asked (my standard opening line). He then facilitated a five-minute discussion between the two children. He made sure both got a chance to speak, interpreting for the little one. “Jordan, what do you think of that idea?” he asked. Jordan shook his head and clutched the truck tighter. “I don’t think Jordan’s ready to give up the truck yet,” Jeremiah told Franklin.

After helping his classmates negotiate an agreement, Jeremiah’s competence was without question, and his pride was evident.

On this day, Beth knew that three years of building relationships and teaching children how to resolve their conflicts through mediation was paying off.

In preschool, three common sources of conflicts are property, territory, and privilege. The following illustration is a combination of dozens of property-related conflicts I have worked with teachers to address. I put a magnifying glass to this one so you can see up close what guidance is and isn’t, and how it teaches young children to learn from mistaken behavior.

Jason, age 42 months, is the only one at the playdough table. He gets a grin on his face and pulls the whole chunk of dough in front of him. He starts working the dough and mutters, “Makin’ a dinosaur nest and eggs.”

Daeisha, age 52 months, sits at the table and sees Jason has all the dough. She says, “Hey, give me some!” Jason hands Daeisha a tiny bit and circles his arms around the big mound. Daeisha responds by grabbing a large handful of dough out from under Jason’s arm. Jason screams. When he tries to grab the dough back, Daeisha pushes him and starts kneading the playdough. Teacher Kris sees Jason on the floor, yowling, and Daeisha using playdough as if nothing has happened.

Pause for a few minutes to think about how you would address this situation. Then read on to consider two possible intervention choices. 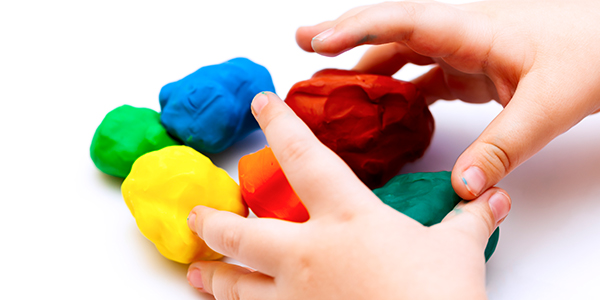 Conventional discipline: Kris walks over to Daeisha, stands above her, and says loudly, “You’ve taken something from another person again, Daeisha. You need to sit on the time-out chair so you will remember how to share.” Kris takes Daeisha to the chair.

Daeisha is not thinking, “I am glad the teacher has temporarily prevented me from playing. Now I will be a better child and use friendly words instead of forcing my will on others.” Instead, Daeisha is embarrassed, hurt, and angry. She feels rejected by Kris and unwelcome in the group. Daeisha is thinking how to get back at Jason.

1. Describes the scene. “I see Jason on the floor very upset. I see Daeisha using a big bunch of playdough. We need to solve this problem.”

2. Calms who needs calming. “Jason, we need to help you cool down so we can make this better. Let’s get you back on the chair.” Taking the playdough, Kris looks at Daeisha and says to both children, “I will hold the playdough. Take some deep breaths or just close your eyes to get calm.”

3. Leads each child to describe the conflict, often starting with the younger child.

Kris: Jason, what do you think happened?

Jason: I was making a dinosaur nest and Daeisha took my playdough!

Jason: I gave her some, but she still took mine.

Kris: Daeisha, what do you think happened?

Daeisha: He had all the playdough and just shared a little. So I took some so I could play too.

Jason: Daeisha had some. (He points to the little glob he gave her.)

Daeisha: I needed more to play, so I took it.

Kris: Let’s see, is this right? Jason, you were making a big nest with the playdough. Daeisha came and didn’t have any. Jason gave Daeisha some. Daeisha, you didn’t have enough, so you took more so you could play too?

Both children nod, which assures Kris that they both feel like they have been heard and are ready to move forward.

4. Solves the problem with the children—not for them.

Kris: So how can we fix this so you can both play?

Jason: But not too much.

Kris sets the playdough in front of Jason. Jason gives Daeisha a bit more. Daeisha and Kris both look at Jason. He grimaces but hands over enough to satisfy the other two.

Kris: Thank you, Jason. Can you still make a dinosaur nest or maybe just an eagle nest?

Kris: Daeisha, Jason was on the floor and he was upset. He has given you more playdough. Seems like you need to do something here to make things better. (Instead of forcing Daeisha to apologize, Kris guides the child to think about what would make Jason feel better.)

Daeisha: Thank you, Jason. Sorry. Can I make you some eggs?

5. Follows up with one or both children by having a guidance talk Sitting next to Daeisha, Kris thanks her for helping to solve the problem and talks with her about what to do next time so no one is hurt. They agree that if a classmate won’t share, Daeisha will ask a teacher for help.

Although guidance may seem time-consuming, a scene like this can play out in just five minutes. If you truly do not have time to engage in all five steps at that moment, do steps 1 and 2 right away and tell the children when you will get together to finish the mediation. Don’t forget! If the problem is no longer a big deal to both children when you get together, skip to step 5 for a guidance talk. Help each child learn how to get along better next time. 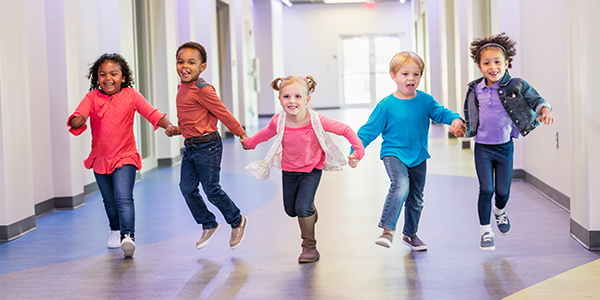 Seeing the value of guidance

Why is guidance well worth the time it takes? Here are four reasons.

First, the teacher does not make one child seem like a perpetrator and the other seem like a victim. Adults can actually start bully-victim patterns if they consistently comfort the “helpless” victim and punish the “guilty” perpetrator. Kris handled this situation so both children felt they were worthy individuals who belonged in the class and were capable of solving their problems and of learning from their mistakes.

Second, Kris worked with Daeisha. Children who have the boldness to take things from others most often also have the individual strength to become leaders who can work cooperatively with others (like Jeremiah), if we support them in developing their emotional and social skills. This change requires belief in the child and firm, friendly, and consistent guidance (with an emphasis on the friendly).

Third, every use of guidance provides powerful lessons in language arts and social studies. Children who learn to put strong emotions into non-hurtful words gain vocabulary and communication skills that serve them well for their entire lives. Children who learn the social studies lessons of overcoming differences and solving problems together are gaining democratic life skills.

Finally, every time members of an encouraging classroom see guidance at work, children and adults together learn the vital lesson that everyone is a worthy individual, belongs in the group, and can participate in solving problems. For all of us, this is important learning for making our democracy “more perfect.”

Guidance should not be thought of as a weak alternative to traditional discipline—it’s being a good coach who doesn’t give up on any member of the team. Your efforts at guidance don’t have to be perfect, but if you persist and reflect, you will get good results. Like Beth and Kris, we learn even as we teach. Do these things and you will feel positively about yourself as a teacher—and that will help with the inner calm you need to guide children toward healthy emotional and social skills.

Dan Gartrell, EdD, is an emeritus professor of early childhood education and a former Head Start teacher. The ideas here come from Guidance with Every Child: Teaching Young Children to Manage Conflict and his upcoming book, A Guidance Guide for Early Childhood Leaders. To learn more, visit www.dangartrell.net.