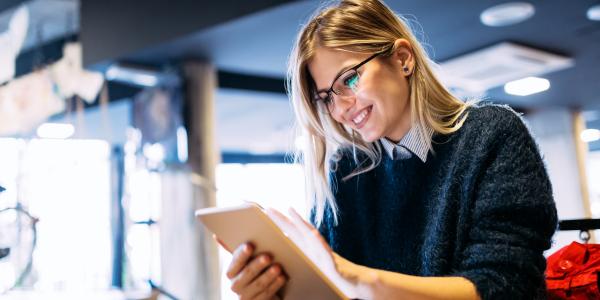 In the article “Collaborative Exploration of Classroom Discourse,” teacher educator Diane Santori and third grade teachers Keri Ven and Kelly Hennessey demonstrated how truly transformative reflecting on classroom discourse could be for changing the dynamics of discussion, the participation of children, and the value and practice of the teachers. The article followed in the tradition of teachers studying transcripts of classroom discourse to reflect on and improve their teaching (e.g. Ballenger, Lytle, & Cochran-Smith 2009; Cazden 2001). It also added to bodies of research on classroom discussions in language arts (e.g. Reznitskaya & Wilkinson 2017; see references in the article), math (e.g. Chapin, O’Connor, & Anderson 2013; Smith & Stein 2018) and science (e.g. Gallas 1995; Zembal-Saul, McNeill, & Hershberger 2013).

I was particularly moved by Diane Santori’s open and honest reflection throughout the article; she genuinely expressed what was challenging and didn’t shy away from exposing her vulnerability. In describing her self-study, Diane talked about how she apologized to her graduate students when realizing she was dominating discussions and “lost her way.” She analyzed her own transcripts of discussions with her graduate students Keri and Kelly, and found that she, although well-versed in dialogic teaching, at times reverted to initiation-response-evaluation, the traditional pattern of classroom discourse. Only when she changed her own habit of leading the conversation, and instead revoiced or simply responded with “hmmm…” did Keri’s and Kelly’s responses increase and lengthen. The refreshing honesty reminded me of the works of Vivian Gussin Paley (e.g. 2004) and Frances Hawkins (1986, 1997), who reflected so deeply and honestly about their work with children as well as with teachers. I believed Diane’s honest, open, and genuine reflections served as a model for her students and prepared them for transformation in their teaching practices.

As a fellow teacher educator, I was also prompted by the article to engage in my own self-reflection and delighted to find practical strategies to support our teachers-to-be. Diane wrote that her graduate students, although inspired by dialogic teaching in the course, found it hard to implement in the classrooms because they “often have trouble relinquishing control to the children, particularly during text-based discussions.” In response, Diane gave an assignment of interactive read-alouds, in which the graduate students worked on not asking prepared questions but letting children initiate their own questions and engage in their own discussions. I was prompted to reflect on the hidden assumptions of interactive read-alouds, a common teaching practice in my preservice teachers’ classrooms, and how I unintentionally promoted a teacher-centered stance by encouraging the practice. By altering one part of the interactive read-aloud and reflecting on who got to ask the questions, Diane was able to change the dynamic of her graduate students’ classroom discussions and help them appreciate the power of dialogic teaching. I appreciate this practical, strategical change of a common teaching practice, and I will adopt it to support teachers I work with.

Diane’s honest, open, and genuine reflections served as a model for her graduate students and prepared them for transformation in their teaching practices.

Diane also made clear that dialogic teaching went beyond teachers speaking less to give children control of the discussion; classroom discussions were to be purposeful and planned with specific learning goals in mind. It was precisely the tension between letting children lead and keeping the discussion vigorous and meaningful that was challenging for teachers. To meet the challenge, Diane used the Dialogic Inquiry Tool (Reznitskaya & Wilkinson 2017) with Keri and Kelly, and they were able to analyze their teaching videos with 11 talk moves that were clearly defined and articulated. The tool helped teachers go beyond what to avoid (talking too much) and learn practical moves for facilitating dialogic inquiry.

Finally, I appreciate the time it took for this teacher research project. As Diane noted: “I realize how naïve I had been to think that one graduate course would be enough to help teachers engage in a more dialogic approach to teaching. The course plants the seed, but prolonged investigation of classroom discourse is necessary for the roots of dialogic instruction to take hold and for dialogic discussion to thrive.” Diane’s idea for next steps was to establish teacher research groups in Keri’s and Kelly’s schools as well as the schools of future graduate students. I commend Diane for providing professional development for alumni that is meaningfully connected to their teacher education program.

Diane’s thoughtful reflections sparked some questions of my own: In addition to giving children more voice by relinquishing teacher control over discussions, what other ways can we educators empower children to be agents of their own learning? If we are serious about co-constructing knowledge with children, how do we share control with children not only on who talks and what to talk about, but also on what to learn and how? In the current educational atmosphere where standards and accountability dominate, curricula are prescribed, classroom schedules are fully packed and tightly managed, very little freedom in teaching and learning is left in the teachers’ hands, let alone the children’s. How can we trust children to lead their own learning and trust teachers to improve their own teaching by engaging in teacher research? Vivian Gussin Paley (2004, 72) wrote about the teachers she worked with:

Teachers frequently establish “proof” of the effectiveness of their methods, not in order to write a dissertation or a book, nor even necessarily to convince others, but simply because once they discover certain truths, they can no longer teach in another way.

In their teacher research project, Diane, Keri, and Kelly collected evidence, analyzed video-recordings and transcripts, discovered their truths, and transformed their teaching. I hope for, and will work for, a future where teacher-research like this becomes mainstream in professional development.

Yvonne Liu-Constant is an associate professor of early childhood education at Lesley University in Cambridge, Massachusetts.