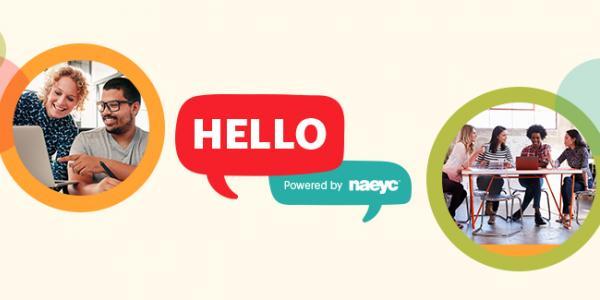 This past April, NAEYC launched an online book club on HELLO. To start book club, members were invited to read one of NAEYC’s bestselling publications, Making and Tinkering with STEM: Solving Design Challenges with Young Children by Cate Heroman.

Each week during the month, Cate posted discussion questions that dived into the book’s biggest themes. What resulted was Hello’s second most popular thread!

Here are a few excerpts from the lively discussion:

The importance of making & tinkering

To kick off the discussion, Cate (LA) asked members to weigh the differences between tinkering and making, considering what children could learn from exploring both. Kathryn (MI) responded, “I'm pretty much a believer that children first need to be able to explore materials before being expected to make something.” She added that although teachers may only see young children in the tinkering stage, it is important because they are discovering the physical properties of the materials through math, physics, balance and more. Keely (TX) agreed with Kathryn’s belief that children need to explore materials before they can “make” with them. Keely facilitates making and tinkering at her own center by keeping trays stocked with open-ended materials and loose parts for children to use. Inviting exploration of all types of materials and tools allows children's imagination and wonder to kick in and start solving problems creatively. Cate elaborated on this idea: “It's the process that is important. Sometimes tinkering may lead to making something . . . and sometimes it doesn't . . . and that's OK!”

Memories of making and tinkering

Cate continued the discussion by asking the community to share their earliest memories of making and tinkering. One of Cate’s earliest memories involved taking apart an Etch A Sketch with her father. The curiosity, sense of wonder, and risk-taking they exhibited has stayed with her to this day. Peggy (VA) responded that her earliest memories of making and tinkering involved molding clay with her sisters and creating a "clay guys" world, making clay people and their homes, and acting out their stories. Ido (GA) wrote about playing with “tinker toys” that included pieces that could roll or be stable and came in many different shapes. Ido and her brother would try to balance pieces to make the tallest structure.

Cate posed another discussion question asking the community to share making and tinkering tools they’ve used with children: “There are so many benefits to using real tools with children. Not only does it help them learn self-control, responsibility, and independence, but it also shows children that you trust them.” She then shared pictures of low temp glue guns and child-safe cardboard cutters with captions describing how to use them. Ann (MA) wrote about how she uses Makedo with 3- and 4-year-olds in the classroom. She noted, “these tools are useful while working with cardboard” and shared pictures of her students making cardboard spinners and cutting egg cartons. Jessica (CA) responded by saying that although materials were difficult to come by in her area, they are able to keep what they have organized. At her center “there is a table set up that the children can go to during center time, and we often change the materials offered to coincide with the theme we are doing.” Cate noted that changing materials based on the theme a class is studying is a central practice in Making and Tinkering with STEM. Doing so allows you to easily implement design challenges in your classroom and gives children the opportunity to think of the different ways materials can be used.

The conversation continued with community members sharing materials they used in their classroom. There was an exploration of safe and fun electronics in the classroom, talk about design challenges from the book, and so much more.

Although April’s book club may be over, the discussion online never truly ends. Have you used Making and Tinkering with STEM in your classroom? Or were you hesitant to try it but are now looking to include it in your classroom? Whatever your interest, we want to hear your thoughts and experiences! Log in to Hello today to get started.
Audience: Teacher
Age: Early Primary, Infant/Toddler, Kindergarten, Preschool
Topics: Other Topics, Play, Toys, Materials, Games, Subject Areas, Math, Science, Engineering
Gilmar Rosas