Making Sure Every Young Child Counts 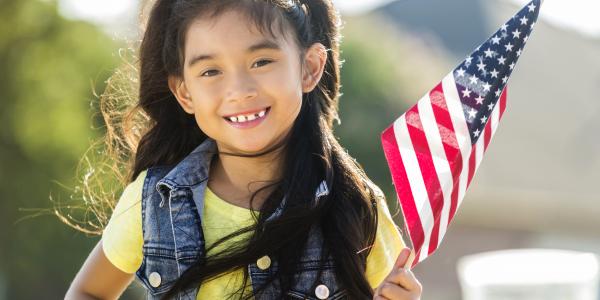 This spring, early childhood educators can help secure crucial funding and reduce inequities for the next decade when they work to count all young children in the 2020 Census. When all young children are counted, their communities then get their fair share of over 800 billion dollars a year in federal funding that is allocated based on US Census data. The funds go to various programs that remediate the harmful effects of poverty and inequity on young children, including Head Start and special education. In the 2010 Census, young children were missed more than any other age group. Unless we act, this problem will only get worse in the 2020 Census.

Counting all young children using the decennial census data means better targeted funding for Medicaid and the Children’s Health Insurance Program (CHIP), which have both been shown to improve children’s health, educational outcomes, and economic success as adults. It increases some of the federal funding for child care subsidies, which have been shown to improve children’s educational outcomes. Counting all young children also means that funding for Head Start expansions, for schools in low income areas, and for special education is allocated more equitably, to the places where it is needed most. And it helps allocate funding more equitably for many other programs that children rely on, including Women, Infants, and Children (WIC) supplemental nutrition and Section 8 housing programs, the Low Income Home Energy Assistance Program (LIHEAP), and community health centers.

In 2010, the national census count of young children was too low by nearly a million children, or almost 5 percent.* So many young children were missed that states collectively lost over a half-billion dollars a year in funding from just five programs: Medicaid, CHIP, foster care, adoption assistance, and child care.  Young children had by far the highest net undercount of any age group in the 2010 Census, and the second most missed group was children between the ages of 5 and 9. The number of young children missed in the decennial count has been growing steadily for 40 years.

The problem is worse for children of color, children in linguistically isolated households, and children whose head of household is a grandparent, other relative, or an unrelated person (for example, when two families share an address).

Unless we act to reverse this trend, we will miss even more young children in 2020. A Count All Kids survey of families with young children and income of less than $50,000 a year shows that 10 percent of those families do not intend to count their young children, and another 8 percent are uncertain whether they should. This means that many children will suffer for a decade—most of their childhoods—as the programs and services they need to thrive will get less than their fair and legally required share of federal funding.

The good news is that there are steps you as early childhood educators can take to improve the count:

1. Help families understand the importance of participating in the census.

Families trust educators; they need to hear from educators and others they trust that they should fill out the census form and include their young children. Data from the Census Barriers Attitudes and Motivation survey conducted in 2018 found that respondents with young children in the household were particularly interested in census-related funding for child care and education.  Educators can help make sure that families with young children understand that connection.

2. Work with families to make sure they include everyone in the household when they count their family in the census.

Recent research has shown that many young children were missed in households that filled out the census form but left the young children off. Historically, the Census Bureau has focused on getting people to respond to the Census, but they have not paid as much attention to making sure that everyone in the household is included. This year, the Census Bureau is working to make sure that families know who to include when they fill out the form—but they need help. The Census Bureau’s own research shows that distrust in the government has grown since 2010.

Early childhood educators can work to make sure families understand that when they fill out the census they are supposed to count everyone in their household, including young children, and that counting their children will mean more federal funding that benefits children in their community.

Ways to be counted

3. Share resources to educate families on the importance of the census to their lives.

Teachers  can use resources from the Count All Kids campaign at www.countallkids.org to educate the families of the children they teach. By signing up for the campaign materials, educators will receive links for posters, flyers, social media, and other tools to use with families as soon as they become available.

Early childhood educators can also use the preschool materials prepared by the Census Bureau’s Statistics in Schools (SIS) program. For the 2020 SIS program, a team of early childhood educators created all new materials, available in both English and Spanish, to engage children under the age of 5 and the adults who care for them. The program offers a fun storybook with activities to teach children about the 2020 Census and why it is important that everyone be counted, especially children. Educators can also share the three-part web series that brings concepts about the 2020 Census to life and guides children through counting everyone in their home, in their community, and in the country. In addition, SIS has a singalong video that features an engaging song for preschoolers. Access all of the interactive activities and accompanying teacher guides today at www.census.gov/schools/PreK.

Working to count young children is a concrete way that early childhood educators can help reduce structural inequities. By making sure programs that serve children have the funding they need to help all children succeed, we can ensure benefits that will last a decade—and we can help to build a strong foundation for young children that lasts a lifetime.

*We know this because we compare the census count to birth, death, and immigration records, but those records cannot be used to supplement the census data for official purposes."

Deborah Stein, JD, who became the first leader of the Partnership for America’s Children in 2015, has more than 30 years of experience in policy analysis and advocacy on behalf of vulnerable children and their families.  She is a nationally recognized child advocate and strategic communications expert who is passionate about improving children’s lives through better public policy.