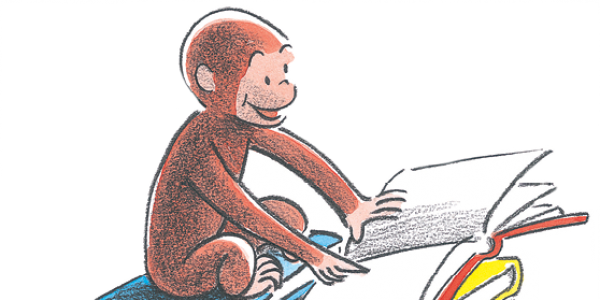 Curious George is one of the most beloved and well-known children’s book characters of all time. Since the first book’s publication in 1941, the series has sold over 75 million copies and has been translated into 25 languages. George appears in countless books—teachers can read the original Curious George along with other favorites from the series, like Curious George Goes to the Hospital (Houghton Mifflin, 1966). This lets children reconnect with a favorite storybook character throughout the year. Read on to discover ways to use Curious George in your classroom or family child care program! 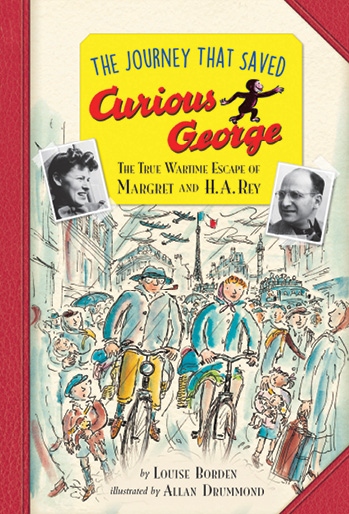 Ever wonder how Curious George came to be? Teachers can use this informative history of the series’ authors to learn about Margret and H.A. Rey’s harrowing lives—and George’s fascinating beginning!
Louise Borden takes the reader on a journey from the Reys’ childhoods in Europe to their time living in Brazil (in an apartment with two mischievous marmosets—sound familiar?) to their bicycle-riding escape from Paris during World War II. While teachers will not want to share every detail with the children in their classrooms, the book holds important lessons on creativity, bravery, and perseverance. 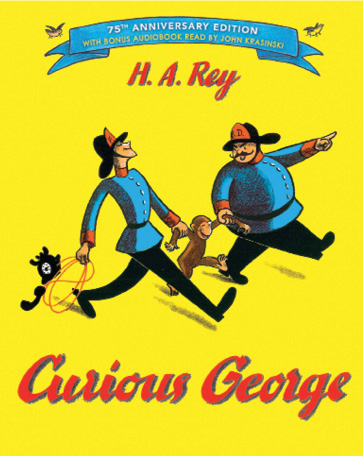 The classic book that started it all! George is a good little monkey, but he is always very curious. In his first story, George meets the man with the yellow hat and travels with him to a zoo in a big city. Children today are still delighted by George’s adventures: sailing on a ship from Africa to a new city across the ocean; discovering new and exciting objects, such as the telephone; and flying through his new city while hanging on to a bunch of balloons. George’s first tale sets the stage for his troublemaking and curiosity in stories to come! 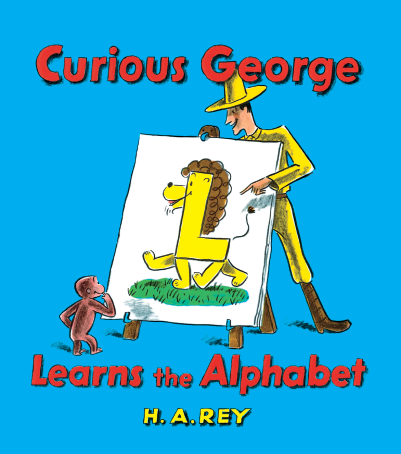 Follow along with George as the man with the yellow hat shows him the letters of the alphabet! Each letter is represented by an object or animal that children will be familiar with, from alligators to mice to zebras. George learns to write both upper- and lowercase letters—all while still getting into trouble!