From Our President. Relationships Matter: Embracing Children of Promise 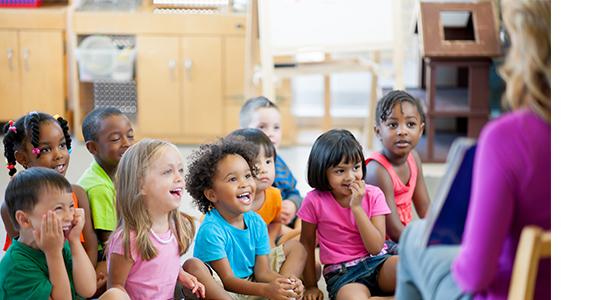 During the early childhood years, children start to develop their self-identity, a sense of who they are based on their roles and relationships in their family, early care settings or school and their community. If the adults in their lives believe and see these children or their behavior as troublesome or not having any positive value and only having deficits, the children will come to believe this as well.

For far too long, we have described children that are deemed vulnerable, often from families or neighborhoods with lower incomes, as “children at risk.” This stigmatizing perception of children based on their zip codes provides the base for a deficit-based perception rather than strength-based perception of children who are, more often than not, children of color. Over recent years, there have been efforts to change this narrative. Petrea Hicks, MEd, of Maryland, is one who encourages us to change the narrative from “children at risk” to “children of promise.”

Deficit-based thinking is an equity issue. I have, and I imagine you may have too, heard children say about an adult in their lives, typically in an educational setting, “She doesn’t like me.” When asked what the person did or said to make them feel that way, the child cannot pinpoint exactly what happened or what was said. I believe that these feelings are the result of the microaggressions that can happen in those settings. These insensitivities may be connected to children’s differing abilities, gender, religion, income, zip code, and race or ethnicity. Our Advancing Equity in Early Childhood Education position statement addresses it this way:

Teachers of young children—like all people—are not immune to such bias. Even among teachers who do not believe they hold any explicit biases, implicit biases are associated with differential judgments about and treatment of children by race, gender, ability and disability, body type, physical appearance, and social, economic, and language status—all of which limit children’s opportunities to reach their potential. . . .

We must confront our biases. There is a book that I have used in teacher training of the Wisconsin Model Early Learning Standards (WMELS), and it reinforces the concept of not jumping to conclusions when analyzing student behavior and actions. Participants choose one of the WMELS Guiding Principles and prepare an example of how it will be used in the classroom. When discussing the “relationships matter” principle, I share the book If She Only Knew Me, by Jeff Gray and Heather Thomas, which tells the story of a young boy, named Justin, and the perceptions his teacher has about him through his lens. The book, through pictures of Justin and his words, drives home the point of the importance of getting to know students and creating relationships with them.

Through relationships, children gain either a positive sense of self and self-worth or the opposite. An example of how deeply embedded low self-esteem and self-worth can become is highlighted in the July 2020 issue of Young Children. The Our Proud Heritage column discusses the work of Mamie Phipps Clark and Kenneth Bancroft Clark about identity and self-esteem development. Their research included the doll tests in which Black children overwhelmingly preferred the white dolls over the Black dolls that were presented to them. What’s more telling is the fact that the doll tests have been recreated as recently as 2007, 2010, and 2016 with Black and White children. The results were startlingly the same as the 1947 study: the Black doll was perceived to be “bad” and “ugly” while the white doll was perceived to be better. It is so sad to see, after indicating that the Black doll was “bad” and “ugly,” the Black children struggle as they respond, by pointing to the Black doll, to the final question of “Who looks more like you?”

A focus on a child’s strengths, their interests, experiences, talents and aspirations—not on their deficits as perceived by the adults—helps these children of promise to thrive and be successful.

Let’s see all of our children as children of promise and help lay a foundation for them to reach their full potential! 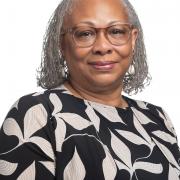