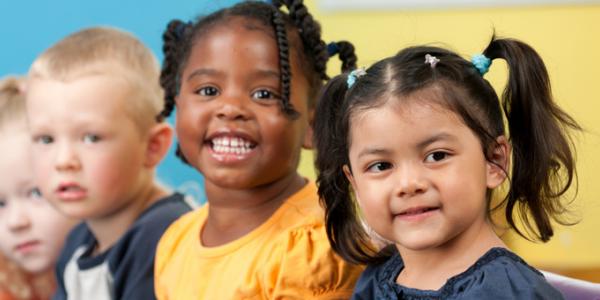 The economic benefits of investing in highquality early learning have been well documented over the past two decades, with decisive evidence produced by world-renowned economists. These benefits, which accrue to both individuals and the public at large, are mostly due to improved long-term outcomes among children who participate in high-quality early learning programs: they are more likely to be high school graduates, attend postsecondary education, and own assets (such as a home)—and they are less likely to be caught up in the cycle of mass incarceration. These economic findings, along with advances in neuroscience, have demonstrated unequivocally that by not investing substantially and sustainably in early learning, the United States is missing an extraordinary opportunity and is falling significantly behind other industrialized nations as we prepare the American workforce to compete in a global economy.

The evidence of a substantial return on investment from high-quality early learning—one that outpaces average stock market gains (see https://heckmanequation.org)—has compelled business leaders and politicians across political ideologies to become vocal and unwavering advocates for our cause. But long-term impact is not the only economic story to be told about early childhood education. There is another, more immediate and equally compelling story: that of the critical impact the early childhood workforce has on the nation’s current economic health and vitality.

The early childhood education sector is responsible for millions of people going to work every day. That includes those who are able to earn a living because they have found a safe, healthy, and stimulating environment in which to leave their children, and those who earn a living by creating the safe, healthy, and stimulating environments that all children need.

The field of early childhood education employs roughly 2.2 million people, predominantly women. They work in a diverse marketplace comprised of privately owned programs, faith-based organizations, military child care, nonprofit organizations, public schools, and family child care homes. The vast majority of the sector is comprised of small private businesses, with publicly operated programs amounting to only 5 percent of the sector. The median wage for early childhood educators working in centerbased programs is $10.60 per hour. While those with bachelor’s degrees or higher earn comparatively more—a median of $14.70—that is still just over half of the $27 per hour made, on average, by those with a bachelor’s degree overall.

Early childhood educators are a linchpin to the strength and vitality of the workforce and economy of today.

And yet, in 2009 early childhood education contributed 1.1 percent to the gross domestic product (GDP), equivalent to $163 billion. Compare this with agriculture, oil and gas extraction, and computer and electronics product manufacturing; those sectors contributed 1.0 percent, 1.1 percent, and 1.5 percent, respectively. Similarly, look at the size of the early childhood workforce relative to other sectors of the American economy, many of which receive relatively significant public attention and investment:

These data about today’s workforce and today’s economy must be part of our story, even as we continue to build on the evidence of longterm economic impact as the primary rationale for investing in high-quality early childhood education. Neuroscience and behavioral science—pointing to unparalleled cognitive, physical, and social-emotional growth in young children—have added fuel to our story’s fire: initiative, curiosity, motivation, engagement, problem solving, and self-regulation are at their height of development in the early years. But these sciences have also shown us that capitalizing on the opportunities provided by these years doesn’t happen by accident. Attending to a child’s development in child care and preschool requires knowledge, skills, and competencies from early childhood educators.

Because neither our policy making nor our investments have caught up to the science of early learning and the direct contributions this field makes to strengthening America’s current and future economy, it remains a struggle to obtain the public investments necessary to grow this critical sector. Underfunding of programs like the Child Care and Development Block Grant (CCDBG), which helps low-income families obtain childcare, has resulted in only 16 percent of children eligible for the program being able to participate. Further, from 2006 to 2015, over 373,000 children have lost assistance; during that same time, the number of child care providers that received CCDBG funds fell by over half, a loss of more than 361,000 providers.

Leaders and educators are stuck between a rock and a hard place. Their drive to serve more children and families has necessitated a trade-off in which early childhood educators’ compensation has remained woefully inadequate given the specialized knowledge, skills, and competencies that are required to perform the job successfully and sustainably.

The intertwined issues of job creation, economic security, rising inequality, and individual prosperity were, rightly, hot political topics in the last election cycle. Candidates were, and will be again, expected to articulate to the American public their plans and priorities for strengthening and growing our nation’s economy. As we round the corner toward 2018 and the midterm elections, we know one issue that should be front and center on the hearts, minds, and political agendas for all candidates running for office: a plan to support and strengthen the early childhood workforce as part of an investment in an industry that addresses all four of those intertwined issues and contributes substantially to the American economy.

Early childhood educators can’t be outsourced or automated. They are developing the capacity and curiosity of our future workforce—and they are a linchpin to the strength and vitality of the workforce and economy of today.

Rhian Evans Allvin is the chief executive officer of NAEYC. She is responsible for guiding the strategic direction of the organization as well as overseeing daily operations. Before joining NAEYC, Evans Allvin was a guiding force in Arizona’s early childhood movement for more than 15 years, including serving as CEO of Arizona's First Things First. 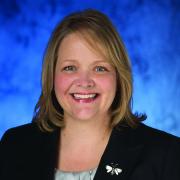