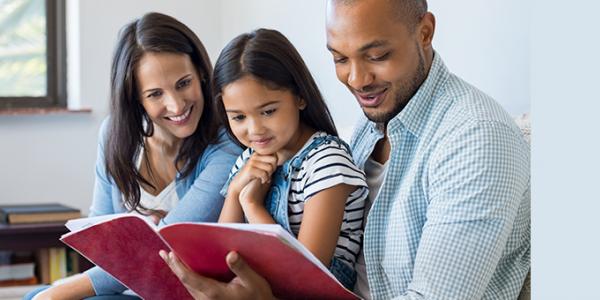 Not all read-alouds are created equal, however. Different approaches to reading aloud in early childhood classrooms have recently garnered increased attention in the United States because of the Common Core State Standards (CCSS). The standards call for all students to engage with complex texts that offer opportunities for higher-level thinking (for a discussion of complex text, see CCSS for English Language Arts, Appendix A [NGA & CCSSO 2010]). Because most children in kindergarten through second grade have not yet developed foundational reading skills well enough to independently read complex picture books, read-alouds offer the most robust opportunities for such interactions to occur (IRA 2012).

Read-alouds that engage young children with complex texts rely on interactive discussions focused on interpretations of texts that may vary with the backgrounds, perspectives, and experiences of the children listening. In other words, discussing multiple interpretations of texts helps children realize that there are many possible responses to complex literature. Interactive read-aloud discussions focused on interpretations of complex texts promote basic comprehension and have the potential to extend from basic comprehension to analysis of text elements, integration of ideas to make connections, and critical evaluation of the texts themselves and the ideas in them.

Read-aloud discussions that include complex processing of texts by young children have been considered in terms of children’s literary understanding (Sipe 2000, 2007; Pantaleo 2007; Hoffman 2011), and in studies of children’s development of critical literacies (Vasquez 2010) and multiliteracies (Crafton, Brennan, & Silvers 2007). These studies reveal how teachers and 5- to 8-year-old children can work collaboratively to construct multilayered interpretations of texts in read-alouds.

Characteristics of literature that support complex processing in read-aloud discussions

Although how to read is a frequent topic of studies in the read-aloud literature, much less often researched is the issue of what to read—how the quality of literature impacts the quality of the read-aloud discussion (Teale, Yokota, & Martinez 2008). Essentially, some children’s books provide more to think and talk about than others. To help children process complex texts in read-aloud discussions, it is important for teachers to first choose texts that can support complex interpretations. Although this article focuses on choosing high-quality narrative literature or stories, similar principles apply to selecting informational books. Appropriate narratives for young children contain accounts of connected events that typically surround a central problem and lead to a resolution.

Theme is a broad, overarching idea in a text that is usually communicated implicitly through multiple features of the narrative, including plot, character, character actions, dialogue, and setting. Theme is considered a central literary element of narrative, and thus discussion of theme is important in building young readers’ capacity to understand narratives as more than sequences of events. In some cases, the theme may be expressed as a moral, but many books appropriate for children kindergarten through second grade express themes in more subtle and multifaceted ways, much like literature for older children and adults. Because theme is abstract and implicit, readers must engage deeply with a book to consider theme and will often interpret different themes within the same text. 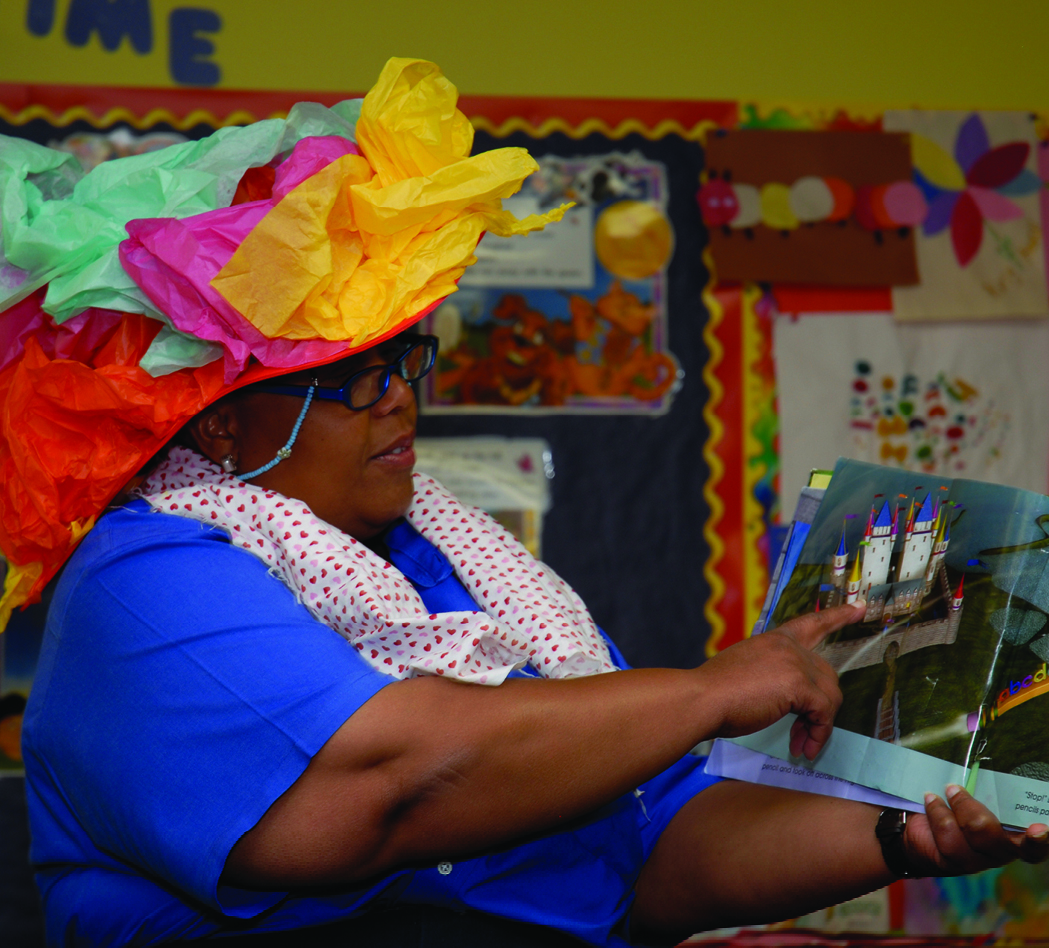 One book with rich thematic possibilities implied through character and plot is The Empty Pot, by Demi (1990). In this book, the aging emperor of China announces that the next emperor will be the child who grows a seed in a year’s time. Children from all over China come to receive their seed from the emperor. A year later, they return with their flowering plants—all except Ping, who, despite his best efforts, has been unable to grow anything at all. It turns out the emperor had cooked all the seeds before distributing them. Ping, the only honest child to come before the emperor, is rewarded with an appointment as the next emperor.

The following are examples of themes in this story:

High-quality narratives include round characters—characters who are dynamic, changing, and malleable. In contrast, flat (stock) characters are stable, fixed, and unresponsive to differences in particular events or characters. In other words, round characters are like real people—they act, think, and speak differently depending on the immediate context.

Kevin Henkes is a master of character development in children’s books. In his book Lilly’s Purple Plastic Purse (1996), readers are introduced to a girl-mouse character with a new purse who is quite self-absorbed. Lilly cannot wait to show the other children at school the purple purse, but when she shares it with them at an inopportune time, her teacher takes the purse away and says he will keep it until the end of the day. Lilly grows despondent at having her prized possession confiscated and then becomes increasingly enraged at being put in time-out. By the end of the day she is furious with her teacher, even drawing a picture depicting him as a monstrous figure. However, when her teacher hands her the purse as she leaves for the day, Lilly finds a note and treats from the teacher inside it and suddenly realizes how “small” she feels. Thus, Lilly is depicted as a round character who exhibits a range of emotions and also grows through her experience. As she becomes less self-centered, she learns to temper her emotions and behavior more appropriately for the social situation.

The book April and Esme, Tooth Fairies, by Bob Graham (2010), is a sophisticated example of how an author artfully combines words and illustrations to create a rich, sophisticated narrative. This fantasy book depicts the first time two young tooth fairies exchange a lost tooth for a coin. Graham’s story begins before the title page, as 7-year-old tooth fairy April is shown on her cell phone. The text, which provides her side of the conversation, indicates a request to pay a tooth fairy visit to the caller’s grandson, Daniel. April, thrilled beyond belief to be asked, convinces her (ponytailed) father and her (tattooed) mother that she and her younger sister Esme are up to the task. After a number of tense moments on the mission to collect Daniel’s tooth and deliver the coin, the sisters prevail and return home, travelling across a dangerous highway, to excited and proud parents.

Throughout the book Graham creates a subtle interplay between text and illustration. Good examples of this are the three double-page spreads in the book depicting the formidable highway, with its constant string of huge, fast-moving 18-wheelers, contrasted with the tiny tooth fairy cottage and the almost minuscule tooth fairies. In one illustration the parents are shown in the lower left corner of the page while April and Esme hover in the upper right corner, framed by the white moon, “lift(ing) off into the night.” Large trucks loom between these two images. The visual contrast effectively conveys the scale and danger of April and Esme’s mission.

High-quality narrative literature includes rich and mature language—words and phrases that develop complex meaning and imagery for the reader. Such text introduces young readers to words that may be new or somewhat unknown as well as to familiar words used in new ways (e.g., figurative language). Rich language is not flowery or longwinded; rather, it is carefully crafted by the author, who chooses each word and structures each sentence to create an original, artistic, and tightly constructed text.

Jamela’s Dress, by Niki Daly (1999), is the story of a young girl in South Africa who unintentionally destroys fabric that her mother was going to use to make a new dress, when she gets wrapped up (literally) in her own desire to dress up. Daly carefully constructs his language to create imagery for the reader through word meanings and sound quality. For example, in a close reading of the sentence, “Dreamily, Jamela swayed between the folds of material as they flapped and wrapped around her into a dress,” readers feel the breeze blowing through the material, long and slow at first, “swayed between the folds of material,” followed by two short, quick snaps of wind that “flapped and wrapped” the material around Jamela, seemingly through no fault of her own. In other places, Daly fluidly infuses imagery through simile—“Down the road went Jamela, proud as a peacock.” At other times, it is the simplicity of language that contributes to the meaning, such as the dawning dread readers experience when Jamela’s mother calls to check on her but “there was no answer.” Words and language are Daly’s artistic tools to create rich images for his readers.

Plot is the series of events in a story and the relationships among the events, particularly how they relate to the narrative’s problem and resolution. An engaging, complex plot interests readers and drives their desire to know what happens next, especially in relation to a story’s resolution. Although older, more sophisticated readers can engage with problems far removed from their life experiences, younger children typically engage best with plots that relate to their more limited experiences and perspectives (Schickedanz & Collins 2012).

In Maurice Sendak’s classic Where the Wild Things Are (1963), Max misbehaves and is sent to bed without his supper. His room transforms into a forest, and soon he sails into the land of the Wild Things, who name him King and honor him with a Wild Rumpus. But Max becomes homesick and returns to his house to find his supper waiting for him, still hot.

This plot essentially revolves around disobedience, frustration with parents, thoughts and dreams, and perhaps even real instances of running away—all issues that resonate in young children’s lives. Sendak’s text and illustrations work together in a seamless exploration of plot paralleled with character—Max’s journey is both a dream of a physical journey (the plot) and an instance of an emotional journey (character). Sendak’s plot prompts children to consider issues central to childhood.

In this article, we have provided examples of features of high-quality narrative literature that can support complex processing of texts in read-aloud discussions. The texts are not meant to be used as a short reading list for teachers, but rather as exemplars of the wide body of high quality children’s literature available. Children’s literature that is carefully crafted with the characteristics we discussed can support read-aloud experiences through which teachers apprentice children into complex processing of texts. Frequent opportunities to collaboratively process complex texts in the early grades help children learn how to approach such texts both as emergent readers and, later, as independent ones, thus contributing to their lifelong development as skilled readers.

Schickedanz, J., & M.F. Collins,. 2012. So Much More Than the ABCs: The Early Phases of Reading and Writing. Washington, DC: National Association for the Education of Young Children.

William H. Teale, EdD, is a professor of education, university scholar, and director of the Center for Literacy at the University of Illinois at Chicago. His work focuses on early literacy, the intersection of technology and literacy, and children’s literature. [email protected]

Junko Yokota, PhD, is director of the Center for Teaching Through Children’s Books, and professor emerita at National Louis University. Her research focuses on multicultural literature, international literature, digital literature, and how children learn through literature. [email protected]