A Tribute: In Memoriam for Carol Copple 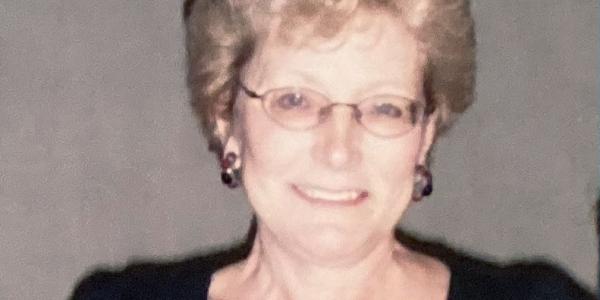 Carol Copple, one of NAEYC’s most valuable leaders and contributors, passed away at the age of 73 on May 20, 2022.

Carol was a brilliant thinker and an outstanding writer: She could author an article for families in a popular magazine as easily as she could edit a best-selling book for professional educators or publish an article in a peer-reviewed journal. Her contributions transformed the preparation of teachers and the quality of care and education for vast numbers of young children and their families.

As NAEYC’s director of publications from 1993 to 2010, Carol oversaw the association’s publications program and helped guide various educational initiatives with a particular focus on developmentally appropriate practice (DAP). She was deeply involved in NAEYC’s work on position statements and subsequent publications, partnering with Sue Bredekamp to coedit the second and third editions of Developmentally Appropriate Practice (1997; 2009) and a series of books on DAP focused on specific age groups. Her other NAEYC books include Learning to Read and Write: Developmentally Appropriate Practices for Young Children (1999) and Growing Minds: Building Strong Cognitive Foundations in Early Childhood (2012). She also wrote Educating the Young Thinker: Classroom Strategies for Cognitive Growth (1984), published by Lawrence Erlbaum.

In addition to being an author herself, Carol mentored many new contributors who she identified as having fresh ideas, and she worked with seasoned authors who undoubtedly benefited from her collaboration.

Colleagues from places as far as Australia, Ireland, and New Zealand described her as “a caring and kind person, gracious, and genuine”; “a highly accomplished professional and treasured friend”; a person who inspired with her characteristic “wisdom and warmth”; and finally, someone who created “an indelible legacy” and whose departure leaves “a considerable loss.”

Carol grew up in Nashville, Tennessee. She was in the first class of women to be admitted to the University of North Carolina in 1965, where she graduated Phi Beta Kappa with a bachelor’s degree in psychology. She received her doctorate in child development from Cornell University in 1972. Afterward, she accepted a professorship at Louisiana State University, where she taught child development for four years. She also held positions at the New School for Social Research and the Educational Testing Service in Princeton, New Jersey. Over the course of her career, Carol taught in and directed preschool programs and conducted research on children’s cognition and language.

Carol was a wonderful mother to her son, Matthew. She had an amazing capacity for nurturing and treasuring lifelong friends from every stage of her life—high school, college, graduate school, and beyond. Carol is deeply missed by all who knew her and by the profession she loved and served so well.

Photograph courtesy of Sue Bredekamp. Copyright © 2022 by the National Association for the Education of Young Children. See Permissions and Reprints online at NAEYC.org/resources/permissions.