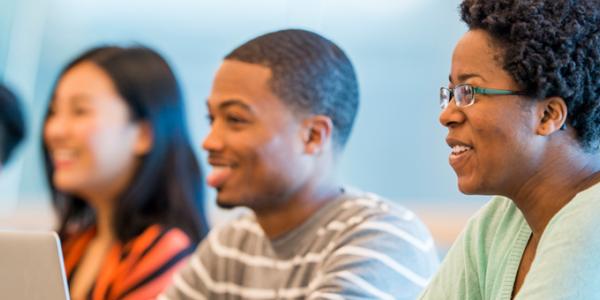 You’re ready to raise your voice on behalf of high-quality early childhood education and educators. Where should you begin? Start with the officials you elect—you are their constituents, and they value hearing from the people who live in their states and districts and who vote them into (or out of) office. But who else is responsible for advancing early childhood education at the federal level? Where are the decisions about policy, financing, and oversight made? Here are some key players you should know.

What Is a Committee?
A committee, in the context of the US Senate and the House of Representatives, is a subgroup of elected officials who take on specific tasks for a certain area of policy or governance. They, along with their subcommittees, consider bills and oversee agencies, programs, and activities in their specified area or jurisdiction. The Senate has 20 standing committees; the House has 21. Both chambers of Congress have additional joint and select committees. The chair of each committee and the majority of its members represent whichever party is the majority party in that chamber at the time. The minority party also has members assigned to the committee, and the leader of the minority side on the committee is called the Ranking Member. Each party assigns its members to committees, and each committee distributes its members among its subcommittees. Committees have staff, and advocates may meet with committee staff, in addition to meeting with the personal staff of their members of Congress. Leadership, members, and staff of the following committees should be considered priority members related to all early childhood advocacy efforts.

The Health, Education, Labor, and Pensions (HELP) Committee has jurisdiction over the country's health care, education, employment, and retirement policies. Committee members are responsible for legislation such as the Elementary and Secondary Education Act (ESEA, now known as the Every Student Succeeds Act, or ESSA). The Subcommittee on Children and Families also oversees critical pieces of early childhood education, including the Child Care and Development Block Grant (CCDBG), Head Start, the Higher Education Act, and other issues involving children, youth, and families.

The Senate Finance Committee is responsible for taxes and revenue; any legislation that has to do with taxes must come through this committee. The committee also oversees programs under the Social Security Act, including Medicaid, the Children’s Health Insurance Program (CHIP), and Temporary Assistance to Needy Families (TANF), parts of which states use to finance child care.1

The Senate Appropriations Committee—the largest committee in the US Senate—controls the discretionary spending for the federal government, writing legislation that decides annually how much funding will be spent where and on what, across different government agencies, departments, and organizations.

Education and the Workforce

The House Education and the Workforce Committee, the counterpart to the Senate HELP Committee, has jurisdiction over education and workforce matters, including CCDBG and Head Start, as well as higher education.

What Is a Caucus?
A congressional caucus is a group of members committed to common themes or legislative objectives. Formally, caucuses are formed as congressional member organizations through the House of Representatives; in the Senate, they are informal. Congress also has coalitions, study groups, task forces, and working groups that can serve similar purposes. Here are some of the key caucuses and groups you need to know who are, or may be, interested in advancing early childhood education and educators:

In addition, the Department of Labor can be an important partner, particularly when it comes to the early childhood workforce.

At the White House, the Domestic Policy Council is the critical body that typically acts on the President’s agenda, offers advice, and coordinates the policy-making process. The Office of Management and Budget creates the President’s proposed budget each year. They are also responsible for evaluating existing programs, reviewing proposed regulations, and analyzing pending legislation, among other duties.

1 In FY 2014, states spent $2.6 billion of federal TANF funds on child care, either directly or through a transfer to the Child Care and Development Fund. http://bit.ly/2yHhPMJ