The Federal Budget: Understanding the Process 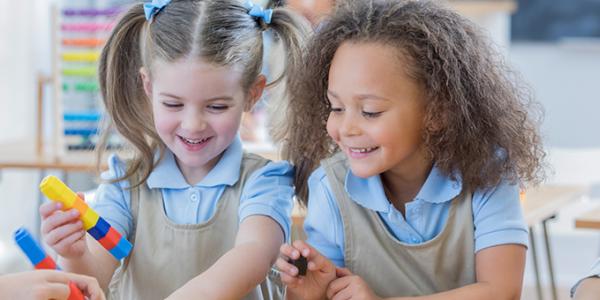 Step One: The President’s Budget Request

How You Can Participate: Find out whether there are any proposals or initiatives related to early childhood education in the President’s proposed budget. Working with NAEYC and your Affiliate, think about why you support or oppose the proposals, and what you would like to see funded through the federal budget. You can thank the President for what you do like, speak up about what you wish to see included, and get ready to start reaching out to Congress!

How You Can Participate: Identify key Budget Committee members and staff and work with NAEYC, your Affiliate, and other partners to engage them via letters, emails, and in-person meetings.

How You Can Participate: Identify key members in the House and Senate Labor, Health and Human Services, and Education Appropriations Subcommittees, as well as the Chair and Ranking Member of the overall Appropriations Committee. In partnership with NAEYC, your Affiliate, and other partners, work to engage these policy makers and their staff via letters, including sign-on letters, emails, and in-person meetings, related to early childhood education funding and policy priorities.

In recent years Congress has rarely passed appropriations bills as outlined above. Instead, legislators enact a series of continuing resolutions (stopgap measures), which are short-term spending bills that typically maintain funding levels at the previous year’s level in order to avoid a government shutdown.

Should Congress not complete the appropriations process or pass a continuing resolution by the start of the fiscal year (October 1), the federal government, with a few exceptions, shuts down. The funding gap created during the time of a government shutdown results in hundreds of thousands of government employees out of work. Unfortunately, the threat of government shutdown is an often-used strategy for elected officials seeking particular priorities to be included in or removed from continuing resolutions.

Congress also uses emergency spending and deficit legislation to impact funding changes outside of the typical budget and appropriations process. Emergency funding is commonly associated with ongoing military operations. Unlike most states (all but Vermont), there is no balanced budget requirement included in the U.S. Constitution, permitting the federal government to carry debt year-to-year. As a result, legislation has also been used in an effort to address the federal deficit though the implementation of spending limits.