The Federal Budget: Understanding the Terms and the Players 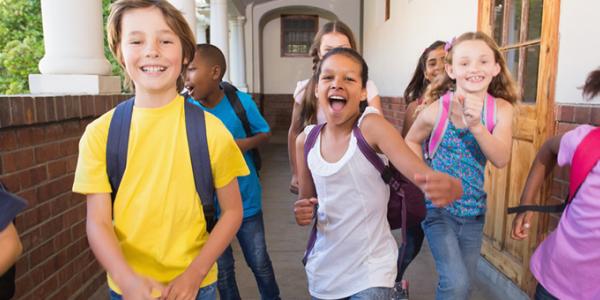 This resource identifies major budget terms and players you need to be familiar with as part of your federal advocacy efforts. Although it is an extensive list, it is not all encompassing; you will find additional links and resources throughout and at the end of the document to help fill in the gaps.

What are the terms I need to know and understand?

appropriation: An appropriation enables an agency or department to make spending commitments and expenditures. Except in the case of entitlements, an appropriation determines how many dollars the federal government spends on a program in a given fiscal year.

authorization: When Congress creates a program with specific purposes and guidelines, it is known as an authorization. An authorization gives a government agency the legal authority to fund and operate the program. Programs can be authorized on an annual, multiyear, or permanent basis. Authorization bills set maximum funding levels and include policy guidelines, and they recommend (but do not guarantee) that a certain dollar amount be provided (by the Appropriations process) for the program.

budget resolution: This is a nonbinding resolution passed by both chambers of Congress that serves as a framework for budget decisions. It sets overall spending limits, but does not include funding levels for specific programs.

continuing resolution (CR): This is legislation that extends funding for federal agencies in the event that a budget cannot be passed before a new fiscal year begins, in order to keep federal operations running—typically at the same rate they had previously been funded.

federal fiscal year: This period runs from October 1 through September 30.

mandatory spending: Entitlement programs and other programs that Congress designates as mandatory (as opposed to discretionary) do not rely on the appropriations process. Funding for these programs cannot be altered without an act of Congress.

omnibus: An omnibus bill is a budget that encompasses the 12 appropriations bills in one bill, instead of 12 individual spending bills.

reconciliation: This is a legislative process that allows for special and speedy congressional consideration of certain tax and spending bills. In the Senate, for example, members cannot filibuster reconciliation bills (meaning the party in power only needs 51 votes to pass the bill, instead of 60), and the scope of amendments they can offer to them is limited.

revenues: Revenues are funds flowing into the US Treasury from individual income tax, corporate income taxes, payroll taxes, user fees, and other such vehicles.

sequestration: This is the term for automatic, across-the-board spending cuts triggered by legislation; for example, in the Budget Control Act of 2011, which essentially imposed “caps” on federal spending (see discretionary spending caps), impacting the funds available to support early childhood education programs.

subsidy: Subsidy is direct assistance from the federal government to individuals or businesses for certain activities, helping to defray the costs of those activities.

Who are the players I need to know and understand?

Budget Committees: In the House and the Senate, the Budget Committees are responsible for writing a budget resolution, which serves as a framework for budget decisions and sets the overall spending limits, but does not include funding levels for specific programs.

House Ways and Means Committee: In the House, this powerful committee has jurisdiction over all taxes, tariffs, and other means of raising revenue. The US Constitution requires that all bills regarding taxation must originate in the House; and the House requires that all bills concerning taxation go through the Ways and Means Committee. (See Senate Finance Committee.)

Office of Management and Budget (OMB): Part of the executive branch of government, OMB gives guidelines to federal agencies instructing them how to prepare their strategic plans and budgets. It also serves as the president’s accounting office.

President’s Budget: The White House releases the president’s annual spending proposal each February. It represents the administration’s priorities as reflected in the specific funding requests of various federal agencies, but it is ultimately a request to Congress.

Where can I find additional information about the federal budget?

Definitions have been selected and adapted primarily from the Center on Budget and Policy Priorities and the National Priorities Project.