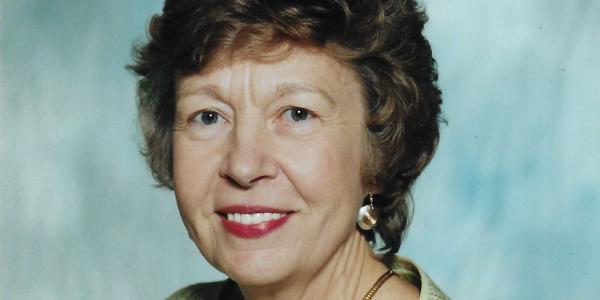 Few individuals have played a more pivotal role in the development of the early childhood education profession, and NAEYC in particular, than Marilyn M. Smith, EdD, who served as NAEYC’s executive director from 1972 to 1999. Marilyn knew and studied under many of the movement’s early leaders; she was deeply involved in launching Head Start; and her decades of leadership positioned NAEYC as the leading professional association for early childhood educators.

Marilyn joined NAEYC (then the National Association for Nursery Education) as a student and attended her first annual conference in 1959. As a young professional, Marilyn served as a delegate to the 1960 White House Conference on Children. She also planned and led one of the initial Head Start trainings in 1965, and she was twice elected to the NAEYC Governing Board. In 1959 when she first joined, the association had fewer than 10,000 members; it doubled to nearly 20,000 members by the time she came on staff in 1970 as assistant executive director.

“NAEYC leaders and members have been diligent and committed in creating a shared vision that reflects the association’s core principles, values, and beliefs. This is a heritage of which NAEYC should be very proud and an important tradition to carry into the future.”

—Marilyn M. Smith, reflecting on NAEYC in NAEYC at 75

Marilyn was named NAEYC’s executive director in 1972. Under her leadership, NAEYC grew to more than 100,000 members and launched numerous efforts to improve the quality of children’s early experiences. These remain critical to NAEYC’s mission and goals today. After leaving the NAEYC staff, Marilyn worked for the Council for Professional Recognition, where she played an integral role in the design, implementation, and evaluation of the National Head Start Fellows program. Later, as a board member for the J.D. Andrews Foundation, she helped design training programs for educators to promote children’s health and prevent childhood obesity. Across these organizations, she was a valued mentor to all whose lives she touched.

Marilyn lived her life according to the key tenets that made her an effective leader: humility; respectful listening that valued diverse perspectives and recognized individuals for their unique strengths; empathetic caring that nurtured meaningful relationships with virtually everyone she encountered; and most of all, her steadfast commitment to improve the lives of young children, families, and early childhood professionals.

Because she avoided the limelight, preferring others to take center stage, the story of Marilyn’s life and her many accomplishments is not widely known. Yet her leadership was central to many key moments in early childhood history. Her life demonstrates the power of relationships and what one individual can accomplish by bringing people together, working to find common ground to make meaningful change, and always putting the well-being of all young children first. In short, her life exemplifies the core values of early childhood educators.

A session at the 2021 Annual Conference in November honored Marilyn’s many contributions, and other efforts are under way to honor her legacy. You can learn more about Marilyn’s life and contributions, find remembrances by some of the many individuals whose lives she touched, and join in honoring her legacy on NAEYC’s website at NAEYC.org/about-us/donate.

Copyright © 2021 by the National Association for the Education of Young Children. See Permissions and Reprints online at NAEYC.org/resources/permissions.

Barbara Willer, PhD, retired from NAEYC in 2020 after 35 years of service. She was hired by Marilyn Smith and held a variety of leadership roles throughout her tenure. Marilyn was among her closest friends and colleagues.