Self-Directed Play: In the Moment Children Can’t Always Answer “What Are You Doing?” 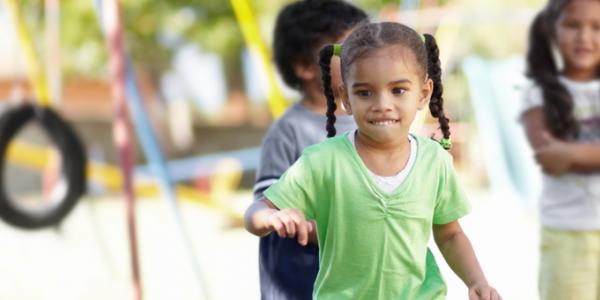 It is Saturday morning and I am out for a run around Jamaica Pond in Boston. There is a man in front of me on the path gesturing impatiently. Even though I am wearing earphones I can hear him saying "Let’s go! What are you doing?" As I get closer, I see he's talking to a boy sitting on a log at the edge of the pond. The boy is mixing mud with a stick and it appears that he has collected a small pile of rocks. He looks intently focused, absorbed completely in his mixing. As I run past, I look back in time to see the boy rise slowly and make his way up the hill, leaving the stick, mud, and rocks behind.

As I continued running, I couldn’t get this image of the boy at play out of my mind and his dad’s question: “What are you doing?"

While it might have looked like the boy wasn't doing anything of importance, the boy was engaged in a very important aspect of a child’s life – child-directed play. Child-directed play is play that evolves when children choose what to play and make up their own rules for how to play. Decades of research show the critical importance of this particular type of play for all children’s learning and well being. But, in the business of everyday living and with numerous activities competing for children’s time, this essential play is sometimes the first thing to disappear. And sometimes children can't quite describe what they are doing when they are involved in this kind of play. 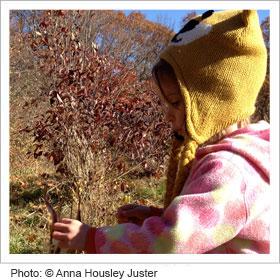 The good news is that we parents hold the power to not only look for child-directed play in the small everyday moments in children’s lives, but also to value and support it. There are many ways to do this, but one of the first steps is to understand what play looks like in all of its forms. We adults tend to hear the word “play” and picture joyful shouts, laughter, swinging on swings, or a loud soccer game. We generally imagine fun and we immediately think we understand what fun looks like. But child-directed exploratory play doesn’t always look like fun. In fact, it is often when children are most engaged in their own self-motivated, self-directed play that they look most serious.

When my own daughters are caught up in the moments of their play, looking serious with furrowed brows, I try to remind myself that behind the seriousness in their determined eyes is the joy we parents want most for our children. Take a minute to think about this as you go about your daily lives. Sometimes, the most engaging play for children (the essential play that builds a foundation for everything else) evolves quietly without any fanfare at all. Sometimes, a boy methodically mixes mud with a stick near a pile of rocks that he collected. Sometimes play = silence.

What does your child’s play look like? Is it kicking a soccer ball? Rough and tumble play with friends? Building with blocks? Quiet play alone? Is it play with sticks and dirt? No matter which type, support your child’s play as much as possible. It is a building block for all learning and development.

Anna Housley Juster, PhD began her career as a Head Start teacher seventeen years ago and has been in the field of early childhood education and research ever since. She is co-founder of Pop-Up Adventure Play, supporting child-directed play in a variety of communities. Anna is also Mom to two young daughters (4 and 7) who remind her to play and learn daily.